Castle Play To Be Read in Houses of Parliament 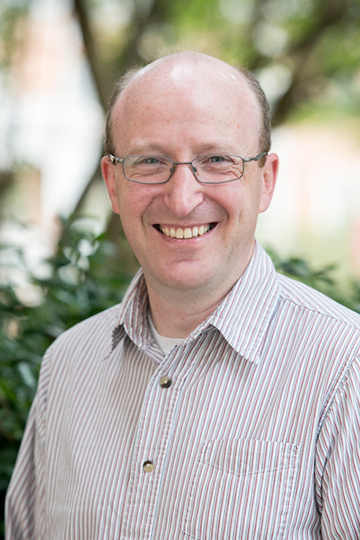 Making a difference in the local and national dialogue regarding the importance of social justice has been an ongoing goal for Samford’s School of the Arts. An exciting new play from Mark Castle, associate professor in the Department of Theatre and Dance, is a great example of how this goal is reaching well beyond the stages of Samford. The Somerset Case tackles these issues while telling the 250-year-old true story of a slave who fled captivity in England.

The play explores the story of James Somerset, a slave brought to England in 1769 by his American master, Charles Stewart of Boston. Somerset escaped in 1771 but was recaptured and put on a ship headed back to Jamaica to be resold. Granville Sharp, one of the founders of the British abolitionist movement, retrieved Somerset off the boat and stated that his term in England had given him free status. A lengthy court battle ensued, with Chief Justice Lord Mansfield ruling that Somerset was a free man, given that no laws existed to make a man a slave in England.

Castle’s play brings these historical figures to life, especially William Murray, first Earl of Mansfield. Murray had no biological children but cared for his nieces, one of whom was of African descent and born into slavery. The play was inspired by Castle’s visit to Lord Mansfield’s home, where he saw the portraits of the two women. He said he was intrigued not only by the case, but also the family dynamic of the Murrays and the influence it might have had on the case.

Further research revealed other important figures connected to the trial, including Benjamin Franklin, who was in London representing American interests; the preacher and orator, John Wesley; and John Newton, the former slave ship captain turned minister who wrote the song “Amazing Grace” just six months after the landmark verdict.

According to Castle, “The inspiration for this play came from the realization that all great events are made up of a series of small decisions, which include the personal factors that make up an individual’s moral stance, triggered in this case by seeing the picture of Dido Belle Lindsay over Lord Mansfield’s mantel. I thought to myself, how did that personal relationship impact the enormous political and social decision he had to make?”

Castle recently heard from Westminster Hall in London that there will be a reading of his play Aug. 23, the UNESCO International Day of Remembrance of the Slave Trade. Neil Baverstock, yeoman usher, wrote Castle that "the three Keyholders to Westminster Hall (the Lord Great Chamberlain, the Speaker of the House of Commons and the Lord Speaker) have approved your request to conduct a reading of a section of your play about the court case of Crown vs. Knowles in Westminster Hall. . . . We might plan to display, alongside the reading, the commemorative quilt that was sewn for Parliament to mark the 200th anniversary of the abolition of the slave trade."

According to School of the Arts Dean Joe Hopkins, “To make the entire opportunity even better, Don Sandley, chair of the Department of Theatre and Dance, and Mark are working together to craft a plan whereby the play can be presented by the Samford students traveling from the Edinburgh Festival Fringe (where they will present The Curious Savage by John Patrick). Our students will stand in the Houses of Parliament and read a play about freedom from slavery and equal rights, written by our colleague Mark Castle.”

“I hope that the experience of students reading a great true story in the actual location [in which] it took place will ground for them the idea that the work we do has significance,” said Castle, “not just in a fleeting, ephemeral way at the moment of performance, but that it is connected to the great stream of presentations that have influenced kings and commoners alike to moments of realization.”

Ashley Smith is marketing and communication coordinator for Samford’s School of the Arts.