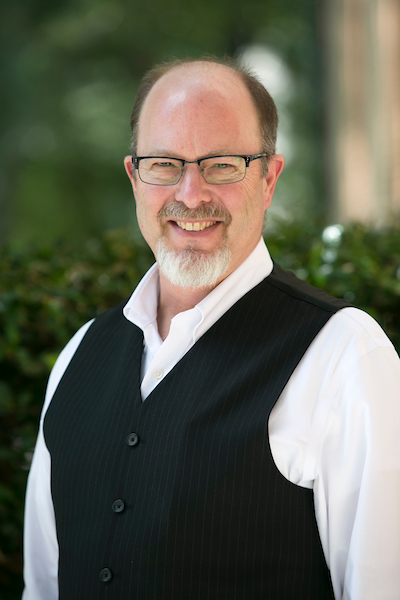 The Rev. Charles Jackson Granade attended Samford (then Howard College) in Birmingham’s East Lake community, and was ordained to ministry at Ruhama Baptist Church in 1936. He went on to serve as pastor of many Alabama Baptist churches, finally at Pleasant Grove Baptist Church in Jackson, Alabama. He and Elizabeth Donald Granade established a charitable remainder unitrust through the Baptist Foundation of Alabama in 1984 for the creation of the chair.

Howard College of Arts and Sciences dean Tim Hall said the honor recognizes and supports Strange’s excellence in teaching and his ongoing archaeological research at the site of the ancient village of Shikhin in Israel.  “Such recognition and support will strengthen the reputation of the college and the university as a leader in academic and scholarly excellence, and will better enable us to provide our students with rich educational experiences,” Hall said.

Strange said he was humbled and grateful for the generosity of the Granade family, and for the support of Hall, Samford president Andrew Westmoreland and provost Mike Hardin. “The pleasure I feel is exceeded only by the satisfaction of doing the archaeology, which includes teaching students in Israel.”

Strange said that when he applied for a faculty position at Samford in 2006 he was determined to establish an archaeological field training school in the Middle East. He was able to do that by 2009, through a partnership with Kinneret College’s Institute for Galilean Archaeology.

Strange now directs the collaborative Shikhin Excavation Project with Kinneret colleague Mordechai Aviam. The project has produced a number of unique and important discoveries documented in a collection of materials Strange donated to Samford’s University Library this summer.

“The position at Samford has made possible so many connections that have benefited the field school, not the least of which is the participation of Samford Students,” Strange said.  “But the collegiality at Samford and the size of the campus have also allowed me to collaborate with Tommy Tarvin in physics, Jennifer Rahn in geography, and Brian Gregory in chemistry.” Strange said he also hopes to collaborate with the Department of Biological and Environmental Sciences.