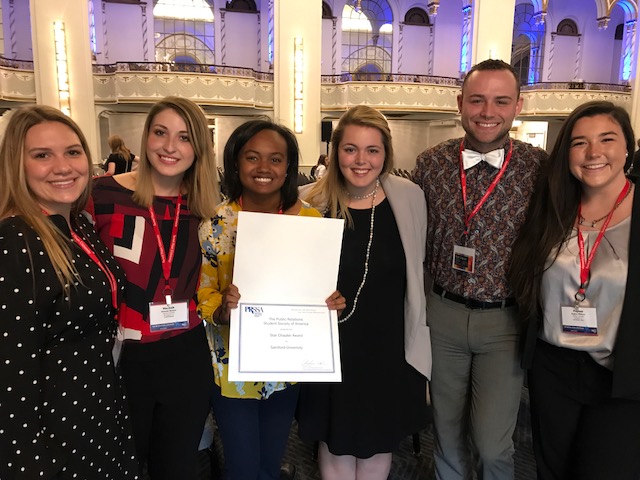 The Samford University chapter of the Public Relations Student Society of America has earned that organization’s Star Chapter honors for the third consecutive year. Samford was the only chapter in Alabama to receive the honor for 2017.

The 15 students representing the Samford PRSSA chapter received the honor Oct. 7 at the PRSSA 2017 National Conference in Boston, Massachusetts.

“I am proud of our student members who are maximizing the value of their involvement in PRSSA,” Emmons said. “The activities and opportunities they participate in each year through their work for PRSSA come back to them  with leadership experience, mentoring and educating others, networking, and creating chances to grow and learn.”