Four Elected to Samford University’s Board of Trustees 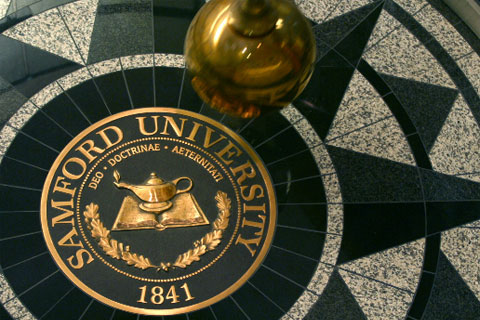 Four have been elected to Samford University’s board of trustees beginning Dec. 1. The new members include three attorneys and a Birmingham-area pastor.

Andy Birchfield, attorney with Beasley Allen Law in Montgomery, Alabama, was elected to serve a four- year term, 2017-22. He is a 1988 Samford graduate.

Albert L. Shumaker, an attorney in Centre, Alabama, is filling an unexpired term, 2017-18. Shumaker previously served 12 years as a trustee and is a 1963 graduate.

Sharon Donaldson Stuart, a partner with Christian & Small law firm in Birmingham, is filling an unexpired term, 2017-20. Stuart received an undergraduate degree from Samford in 1987 and earned her law degree in 1990. She is a part of a multi-generation Samford family.

The 43-member board serves as the governing body for the university. Trustees serve four-year terms.