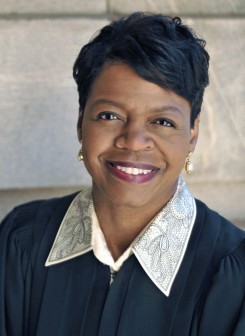 Beasley earned her law degree from the University of Tennessee in Knoxville and is now a seasoned judge with more than 16 years of experience. She was appointed to serve on the North Carolina Supreme Court in December 2012 as only the second African-American woman to serve in that capacity. She was elected to serve on the North Carolina Court of Appeals in 2008 where she became the first African-American woman to win election to a statewide office in North Carolina without first being appointed by a governor. She served as a District Court Judge in Cumberland County, Fayetteville, North Carolina, for 10 years while presiding in all of the courts – family, certified juvenile court, criminal and civil.

Cosponsored by Samford’s Office of Diversity and Intercultural Initiatives, the program will provide one hour of convocation credit for participating students as well as Continuing Legal Education for practicing attorneys.

The symposium is one of several events during the 2017-18 academic year commemorating the 50th anniversary of integration at Samford.