Published on February 13, 2018 by William Nunnelley   Share this on: 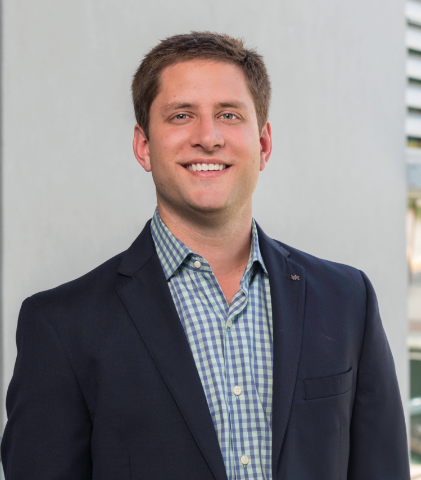 Brian Cook well recalls a lesson he learned in Samford University business professor Bill Service’s Strategic Management class one day during his final semester. Service began class by saying that whether or not students had plans to continue in graduate school, they should all think and operate at a higher level than their current role.

“Knowing that I was accepted to an M.B.A. program, he then surprised us all by calling on me to teach the class for the entire hour,” Cook said. “Thankfully I was prepared and it was a very positive experience.”

Cook, a 2006 graduate of Samford’s Brock School of Business, said the episode underscored the following: “Whether you’re the leader or not, always be prepared to step up and serve.”

Cook recently was named president and chief executive officer of Cook’s Pest Control Inc., the seventh largest pest control company in the U.S. with more than 1,750 employees and 36 offices in five states. He said his undergraduate experience at Samford provided him the opportunity to develop both academically with knowledge and relationally with numerous group projects and presentations.

“At Cook’s, we’re in the people business, so Samford’s challenging and social culture was a good fit for me.”

Cook’s great-grandfather, John L. Cook, founded Cook’s Pest Control in 1928 as North Alabama Termite Company in Decatur, Alabama. Cook’s grandfather, John R. Cook Sr., took over the company’s leadership when the elder Cook died in 1950. He added pest control to the company’s mission and changed the name to Cook’s Pest Control. Brian Cook’s father served as the company leader after John R. Cook Sr. and Brian took over in 2017. The company has been headquartered in Decatur, Alabama, since its inception.

As the fourth-generation Cook’s leader, Brian grew up learning about and working in the family business. After working in the pest and termite departments, he served as customer care center manager, director of business development and finally as chief administrative officer before becoming president and CEO.

Each of the Cooks maintained a customer-oriented approach. “Customers want peace of mind that their property, whether residential, commercial or industrial, is protected,” said Brian. “As my great grandfather taught my grandfather, ‘Son, do the job right the first time. Do what you’ve promised plus a little more. Satisfy each customer.’”

Cook’s is about “having the right people in the right position,” Brian said. “Our business philosophy is to hire character and teach the competency. If we can recruit and retain people with honesty, integrity, a diligent work ethic and a positive attitude, we can teach them the business.”

Over the years the Cook family has operated the company based on Biblical values and principles that support civic causes.

Among the causes is the new Cook Museum of Natural Science in Decatur, an educational and tourism destination that will provide interactive learning experiences for school and family groups to enjoy. Brian serves as chairman of the board of directors for the museum. For more information, go to cookmuseum.org.

Cook’s also supports the Cook’s Pest Control Scholarship in Brock School of Business. “Samford’s values align with Cook’s,” said Brian, explaining why he feels it important to support his alma mater. “We believe in the university’s mission and are impressed with the excellence in which it fulfills that mission.”

Cook’s has been a loyal supporter of business education at Samford over many years, said Brock School of Business Dean Howard Finch. “They provide critical financial resources for Brock students through faithful scholarship funding and sponsored a teaching seminar room in the new Cooney Hall,” said Finch.

Brian is also vice president and a board member of Not Forgotten Inc., a nonprofit ministry that has a comprehensive home for former street boys near Iquitos, Peru. Brian also serves on the board for the Decatur Downtown Redevelopment Authority and the Neighborhood Christian Center community outreach organization. He holds an M.B.A. from the University of Alabama.

Brian and his wife Leslie are parents of three children, Davis, Nora and Kate.