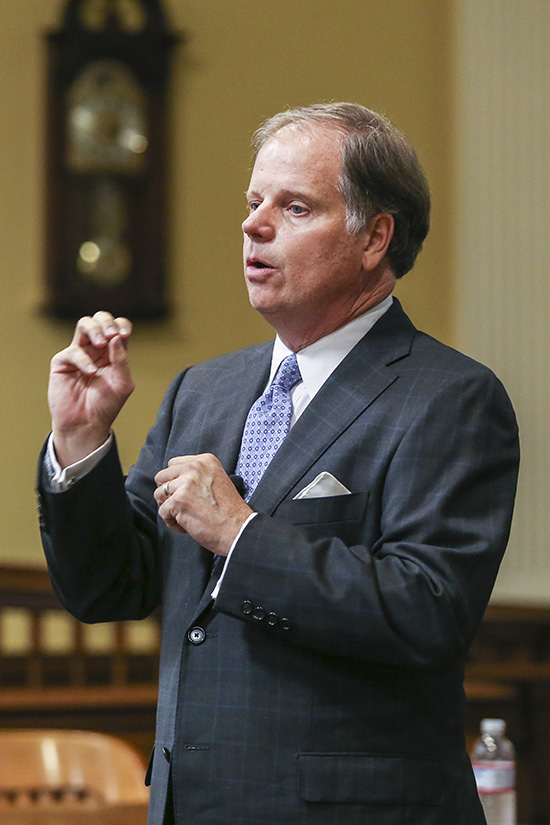 Samford University’s Cumberland School of Law will hold its inaugural Advocacy Benefit on Friday, April 6. New United States Senator and 1979 Cumberland alumnus Doug Jones will serve as the keynote speaker for the event to be held at Haven in downtown Birmingham.

Cumberland School of Law is nationally known for its excellence in advocacy education. The proceeds from this benefit will allow for opportunities to continue this tradition of excellent advocacy education in the 21st century.

“Advocacy is at the core of all law practice,” said Dean Henry C. Strickland III. “Throughout its history, Cumberland has excelled at preparing lawyers to be great advocates. As the digital age continues to alter the way we live and interact, the importance of outstanding advocacy remains unchanged. The communication media and the tools advocates use change, but the essential role of the lawyer advocate remains as critical as ever. To continue preparing great advocates for the 21st century and remain a leader in advocacy education, Cumberland must grow and expand its advocacy program. That growth will require innovation, resources, and hard work.”