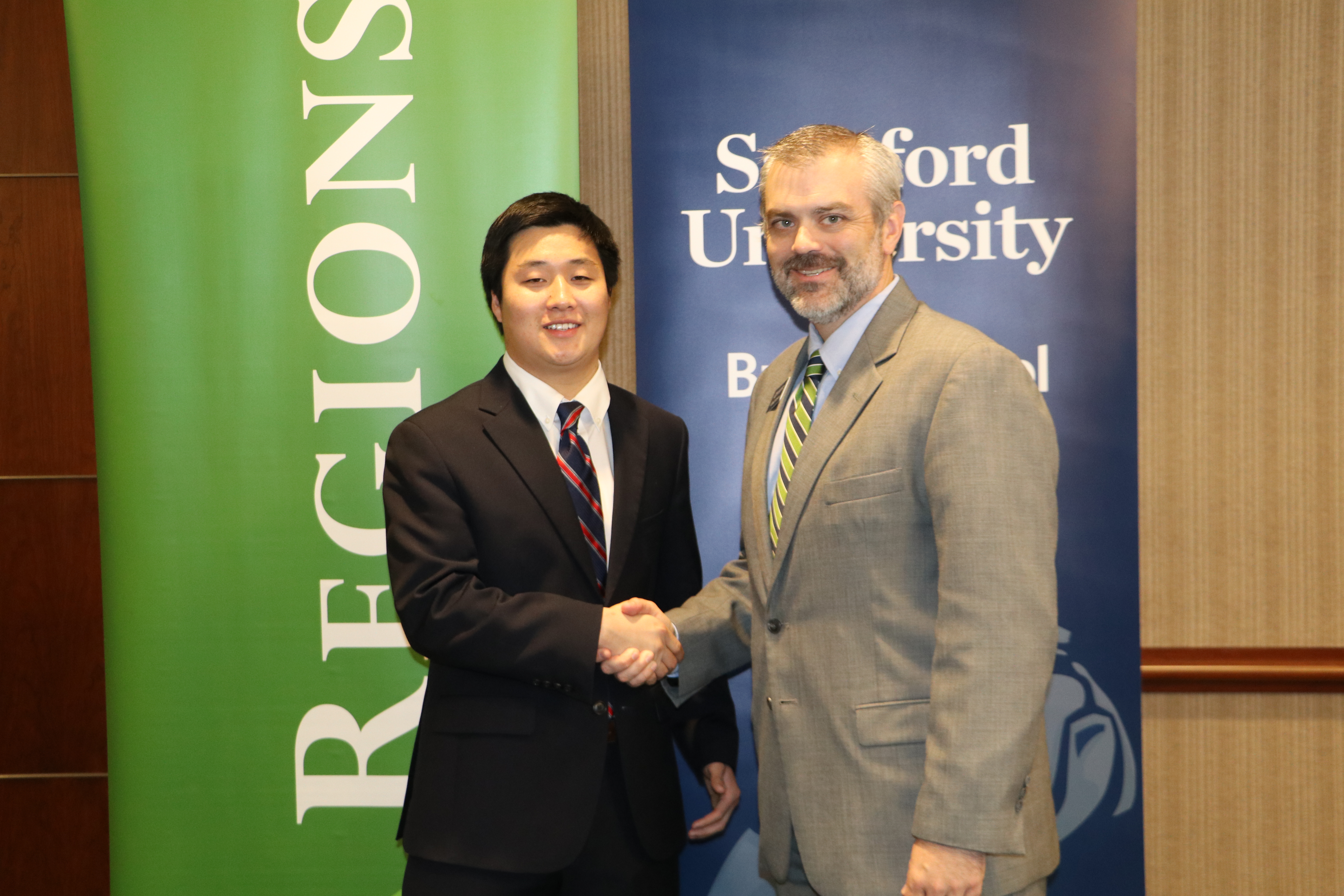 Students interested in starting their own business entered the competition for the chance to win start-up capital, gain publicity and receive mentoring to help start their businesses. First, second, and third place prizes were available for the Open Division valued at $7,500, $5,000 and $2,500, respectively. In the BUSA 100 Division, open to students currently enrolled in the World of Business course, first place received $2,500, while second and third placed received $1,500 and $1,000 respectively.

Second place in this division was awarded to Urban Lyfe, an entertainment activity aggregator, and third went to You Entertainment, an on-the-go alternative to streaming services.

Open Division winner Tian said, “It’s been a huge confidence booster. I didn’t know how much possibility this business had until I pitched it to real professionals and they think it really has an opportunity to grow.” Tian’s business, GA-Exchange, seeks to match Chinese students to English-speaking tutors to enhance the student’s conversational English skills.

“For 10 years, this has been the showcase event for our entrepreneurship program,” said Brock Family Chair in Entrepreneurship Chad Carson. “Our partnership with Regions has been amazing. We are truly blessed to have been able to celebrate ten years of this competition. Part of that celebration is having two of our past winners back to serve as judges for this year’s competition – Blair Badham and Heather Williams Simmons.”

Badham received his M.B.A. from Brock School of Business in 2009 and is the managing director for Butler Snow Advisory Services LLC. Simmons received her M.B.A. in 2011. She is the founder and president of Tallulah’s Designs in Birmingham and a business consultant for Silverbeet Creative Company in Florence, Alabama. Ty West, editor-in-chief of the Birmingham Business Journal, also served as a judge for the competition.

Carson added, “This was the best competition and the best level of participation that we’ve had.”

“It’s amazing. You don’t get this opportunity at a lot of other schools,” Tian added. “I want to thank Regions and Samford University for providing this opportunity because now I can pursue my dream.”