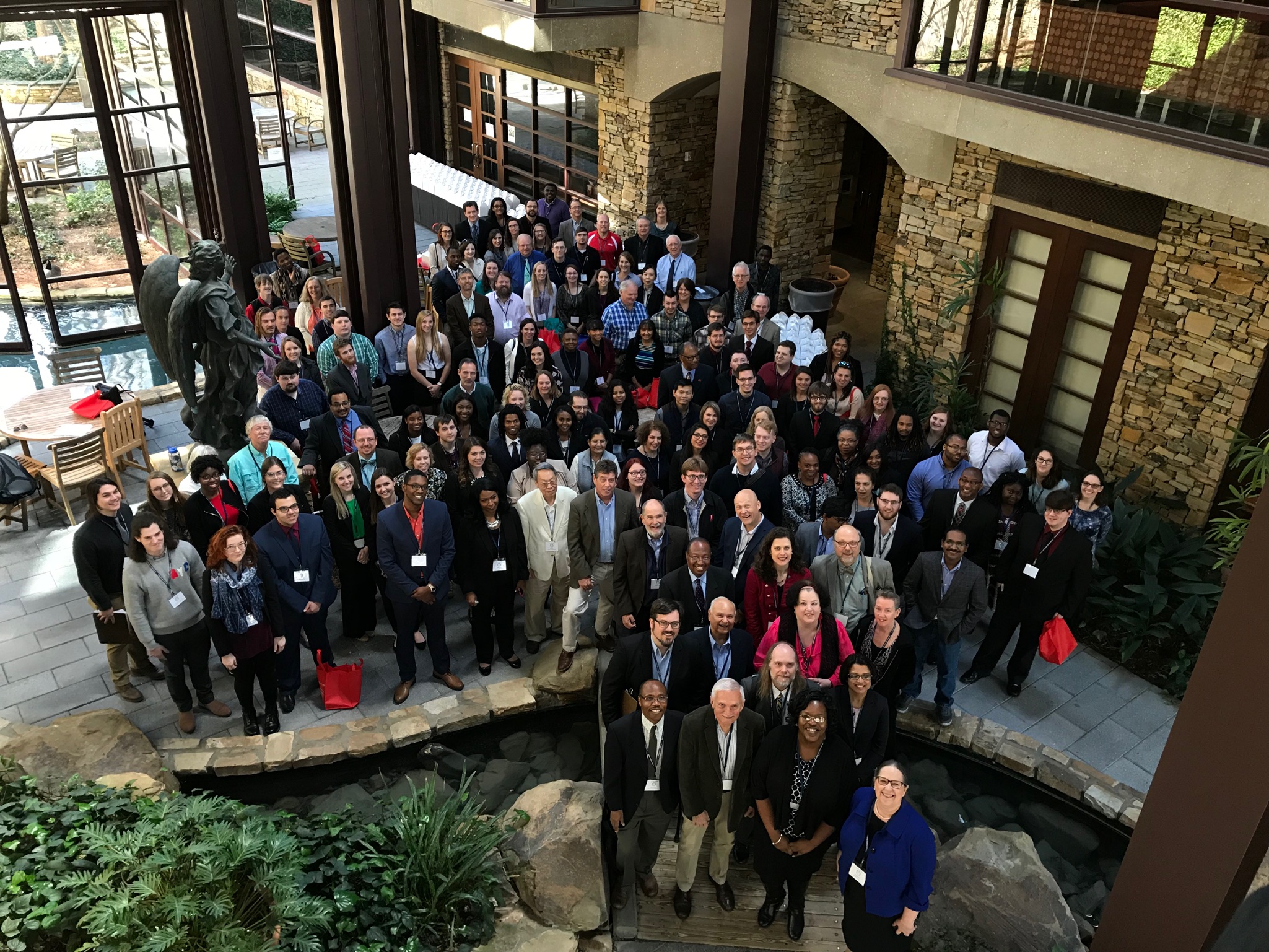 Samford University’s College of Health Sciences recently hosted the 95th Annual Meeting of the Alabama Academy of Science. This three-day meeting brought hundreds of participants from high schools and colleges across the state to present research and compete in numerous paper readings and poster competitions.

“The annual meeting was a great success,” said Ellen Buckner, professor in Samford’s Ida Moffett School of Nursing and chair of the Alabama Academy of Science local planning committee. “It was amazing to witness the state’s science community coming together to share ideas and collaborate on important topics.”

As a part of the annual meeting, high school students were able to compete as part of the Alabama Junior Academy of Science. Winners received varying scholarship offers for colleges and universities in the state.

“The science professionals from around the state who judged the high school presentations expressed great appreciation for the creativity and hard work that these students brought to bear on their projects,” said Morgan Ponder, professor and chair in Samford’s Department of Chemistry and Biochemistry.  “Our state is producing some outstanding young scientists who are clearly passionate about applying their abilities to solving real problems facing our citizens.”

At a banquet during the event, Cheryl Cropp, associate professor in Samford’s McWhorter School of Pharmacy, served as the keynote speaker, sharing “Research Highlights from the Genomics Age.” Her talk discussed the significant implications of research from National Institute of Health to her own here in Alabama, with emphasis on the role Alabama young people will play in defining the future directions of science.

Several awards were given, including the William H. Mason Science Teacher Fellowship, an annual $1,000 tuition award, which is awarded to college graduates with backgrounds in the sciences that are returning to college to prepare for a career in teaching. This year’s winner was Jacob Helf, a master’s student at Auburn University from Homewood, Alabama.

Ronald Hunsinger, past president and fellow in the Alabama Academy of Science, says the annual meeting at Samford was one of the best that he has seen. The College of Health Sciences was a magnificent setting for the event to showcase the new college to the scientific community of Alabama. Hunsinger is a retired Samford biology professor.

Jamond Glass, a junior healthcare administration major, was a winner in Health Sciences Section. "I am honored to have received this award from the Alabama Academy of Sciences. It was very gratifying to be able to shed light on a health care issue that I am passionate for and thankful for those who helped me realize this great achievement,” he said.