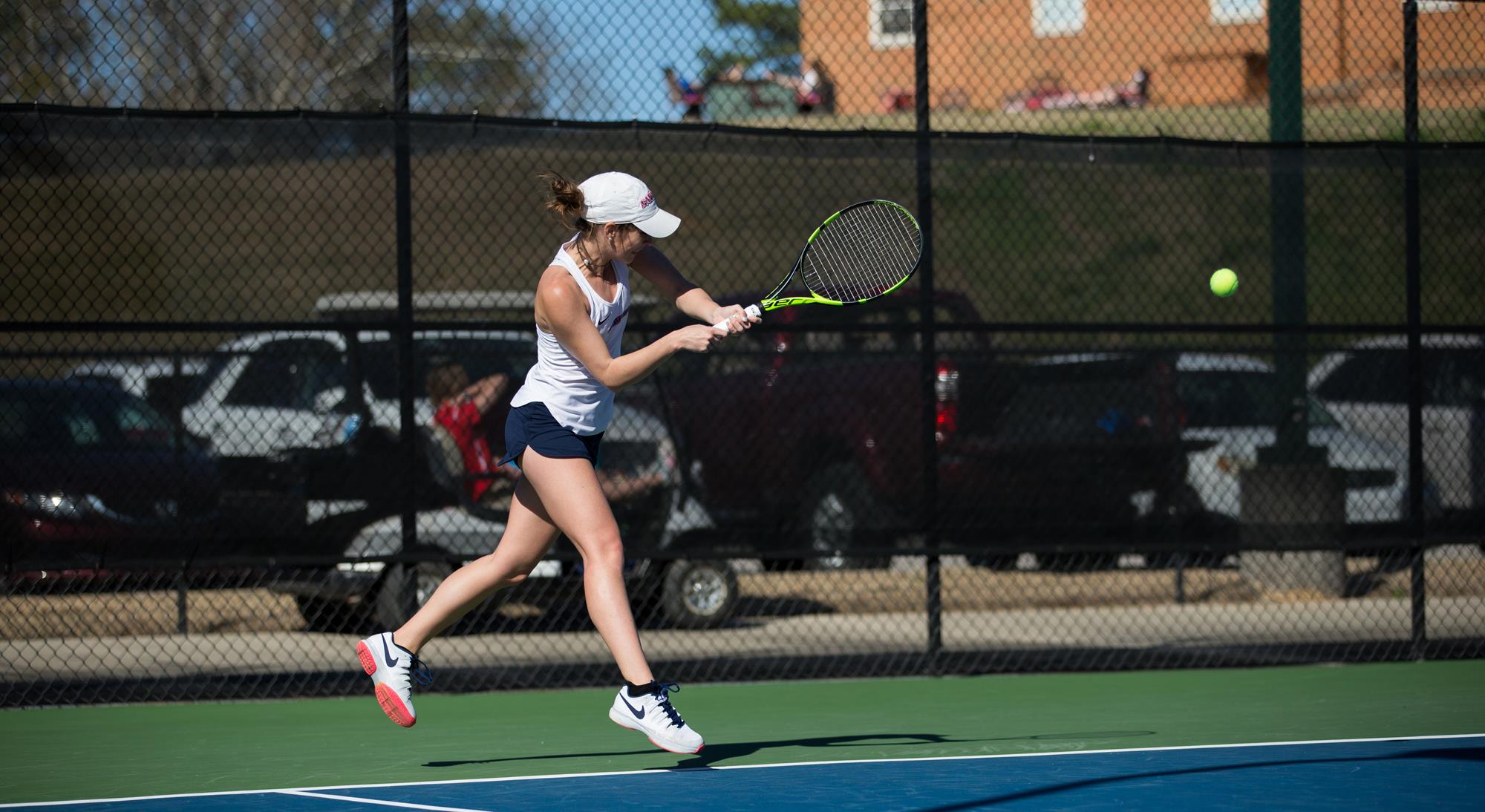 Ellie Gerlach, a senior on the Samford University women's tennis team, has been awarded a post-graduate scholarship from the Southern Conference.

"Ellie is the epitome of a true student-athlete," Samford Deputy Athletics Director and Senior Woman Administrator Michelle Durban, said. "She has been able to balance a successful playing career with academic success, while also being an active member of the Samford community. We couldn't be prouder that she has been selected for this well-deserved scholarship."

This marks the eighth-straight year a Samford student-athlete has earned a SoCon post-graduate scholarship, the longest streak of any SoCon school. The scholarship winners will be honored at The SoCon Honors Dinner, to be held May 29.

Gerlach transferred to Samford after one season at the University of Louisville. As a sophomore in 2016, she led the team with a 12-9 singles record, including a 5-2 mark in Southern Conference play. She went 12-10 overall and 5-2 in SoCon play and earned first team All-SoCon honors as a junior.

This season, she has been one of the leaders of the team, serving as a team captain, and splitting time between the No.1 and No. 2 singles positions. At No. 1 doubles, she and partner, Roos van der Zwaan have posted an impressive 11-2 record.

In addition to her success on the court and in the classroom, Gerlach has also been heavily involved in community service projects during her time at Samford. Her community service work includes Next Step Ministries mission trip, Run for Ronald McDonald, Kosair Children's Hospital Baby Safety Course, Operation Christmas Child, Cornerstone Elementary Christmas Party, Habitat for Humanity and Love City.

Gerlach helped found Samford's chapter of the Fellowship of Christian Athletes. She has also been a leader on Samford's Student-Athlete Advisory Committee, and on the Presidential Advisory Committee.  She is a member of Chi Omega sorority.
Samford is a leading Christian university offering undergraduate programs grounded in the liberal arts with an array of nationally recognized graduate and professional schools. Founded in 1841, Samford is the 87th-oldest institution of higher learning in the United States. The Wall Street Journal ranks Samford 1st nationally for student engagement and U.S. News & World Report ranks Samford 37th in the nation for best undergraduate teaching and 97th nationally for best value. Samford enrolls 5,758 students from 48 states and 22 countries in its 10 academic schools: arts, arts and sciences, business, divinity, education, health professions, law, nursing, pharmacy and public health. Samford fields 17 athletic teams that compete in the tradition-rich Southern Conference, and ranks 3rd nationally for its Graduation Success Rate among all NCAA Division I schools.
Assistant AD for Communications
Joey Mullins
jmmulli1@samford.edu
205-726-2799