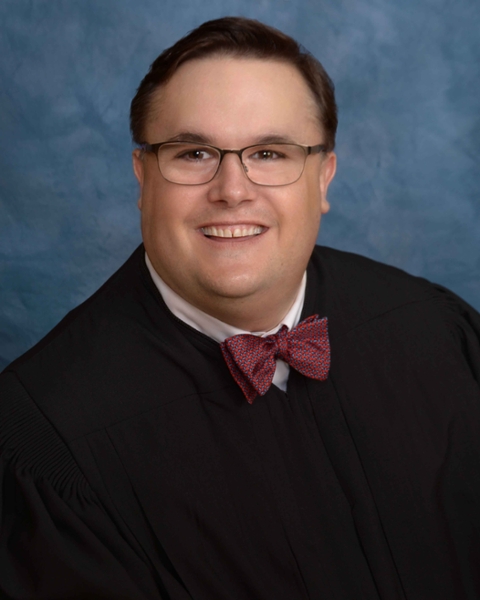 Stephen Dillard ’92 of Macon, Georgia, is the new president of the Samford Alumni Association. Dillard began his service in April and succeeds W. Todd Carlisle ’88, J.D. ’92 of Birmingham, who had served the past two years.

Dillard is Chief Judge of the Court of Appeals in Atlanta and has been active in the alumni association for several years. He was instrumental in the formation of the Samford Alumni Club in Atlanta and was named one of the 2017 Alumni of the Year.

Brandon Guyton ’06 is the new vice president for development. Guyton is an account executive with HUB International Insurance Services in Dallas, Texas, and has been chair of the Dallas-Fort Worth Alumni Chapter.

The new officers will lead the association for two-year terms through 2020. The alumni association’s executive council has representatives from all boards, chapters, clubs, schools and other areas of the university, according to Casey Ramey, Samford’s director of alumni programs.

Littleton-Williams is an educator and teacher in Birmingham and chief executive officer of
Learning Little People, LLC. She has been active with both the SUAA and SBAA and is on the advisory board for Orlean Beeson School of Education.

Kendell Jno-Finn ’04 is SBAA vice president. Jno-Finn is a physical therapist and clinic director for
EW Motion Therapy LLC in Birmingham. He also serves on the School of Health Professions advisory board.

Jason Long ’00 of Birmingham is SBAA secretary. He is a senior sales consultant with
Novartis Pharmaceuticals Corporation.