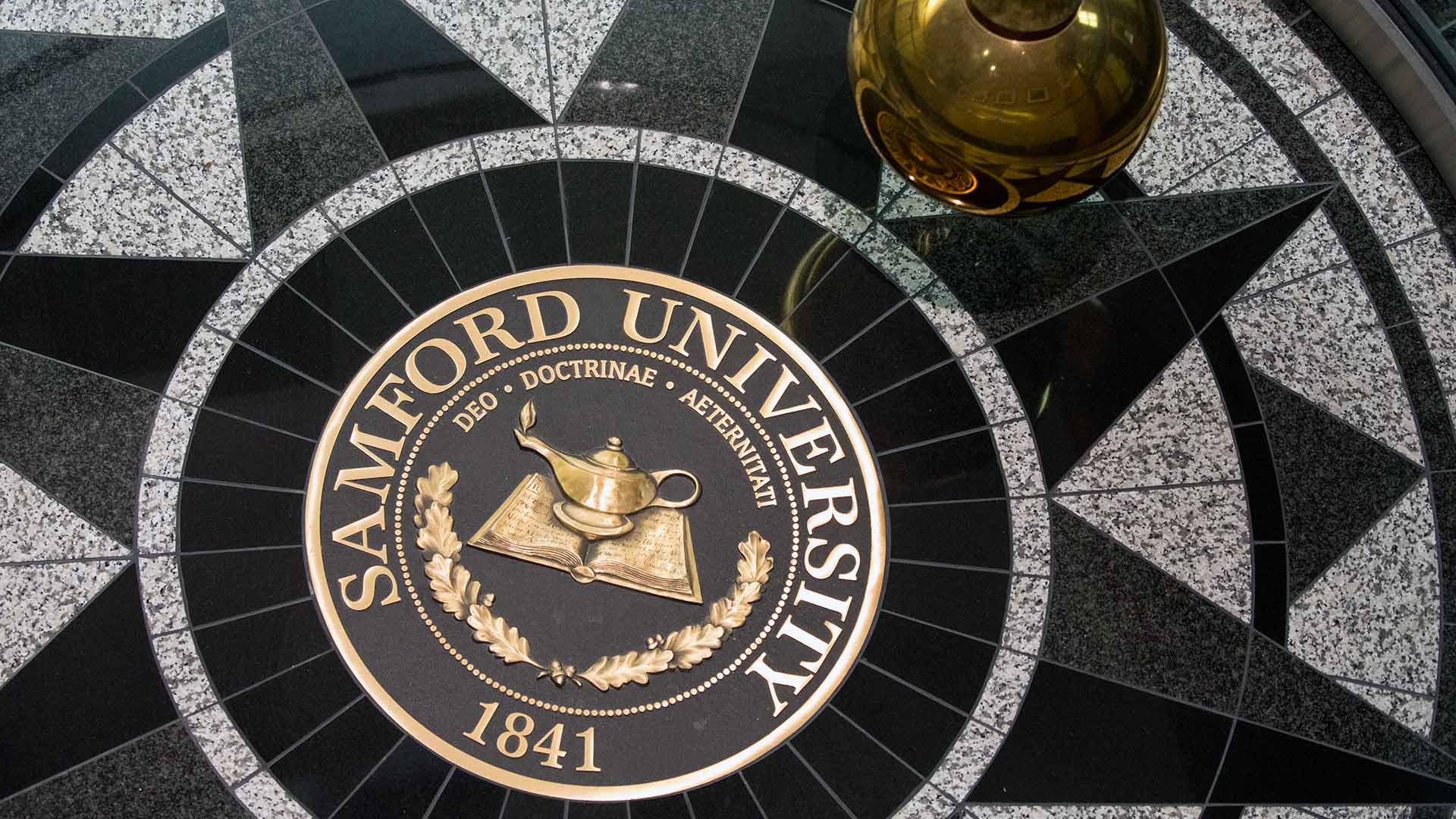 Samford University honored outstanding student leaders at the annual leadership and service convocation May 3.  Four awards are selected through a nomination process by a campus-wide selection committee, and three of the awards are presented by Omicron Delta Kappa national leadership honor society.

Hannah Van Heest and Penn Sefton were winners of the Omicron Delta Kappa Emerging Leader Award. This award is given to one male and one female student who exemplify character, leadership, service and scholarship. Van Heest is a freshman communication sciences and disorders major from Ballwin, Missouri. Sefton is a sophomore from Orlando, Florida.

Bailey Bridgeman received the Omicron Delta Kappa Circle Leader of the Year award for exemplary service to the circle and to the Samford community. She is a senior English major from Dallas, Texas.

James Hornsby and Sydney Murphy were cowinners of the Rufus W. Shelton Community Service Award. In presenting the awards, Nelson Park, immediate past president of the Student Government Association (SGA), said they were “not intended for the most popular among us, but for those who have done the most toward improving life at Samford.”

Hornsby, a junior finance major from Decatur, Tennessee, recently was elected SGA president for 2018-19 and has been active in student government. Park said Hornsby is “regarded by his peers as an effervescent and motivated leader.”

Murphy, a senior marketing major from Marietta, Georgia, was recognized for her leadership in her sorority and as senior class president. Park said she is known on campus for “her positive energy, kindness and authenticity.”

Casey Cunningham received the Service Award as the senior who best exemplifies the highest qualities of social service. Cunningham, an English major from Greenville, South Carolina, has been president of the student service organization PACT (Partners Acting in the Community Today) and other leadership roles on campus and in the community.

Lilla Bea Granger, a business major and Brock Scholar from Pike Road, Alabama, received the Gayle Hyle Memorial Award as the woman in the graduating class who best exemplifies Christian character, leadership, school spirit and service. Granger has served as president of her sorority and played an integral role in the founding and implementation of the Samford Honor Pledge through her duties as SGA chief justice.

Brock Fogle, a business major, University Fellow and Brock Scholar from White House, Tennessee, received the John R. Mott Award. This award is given to men in the graduating class who best represent high character, scholarship and student public service. The selection committee said Fogle “possesses the rare combination of a sharp mind, a gospel-centered hear, a people-focused posture, and a drive to a good steward of his talents.”

Keely Smith was named winner of the James M. Sizemore Award as the student in the senior class who best demonstrates character, personality, scholarship and unselfish service to Samford.  Smith is a senior history major from Alpharetta, Georgia, and has been a Howard College Ambassador and University Fellows preceptor. The selection committee said she is “known by her peers for her compassion and empathy.”

Robert W. Service, professor of leadership and service in Brock School of Business, challenged the audience to be leaders because “student leadership and involvement makes Samford a better place.”

“Leadership is defined by your form of participation,” he added. “If we aren’t creating leadership with character at their core, we can’t sustain their leadership.”