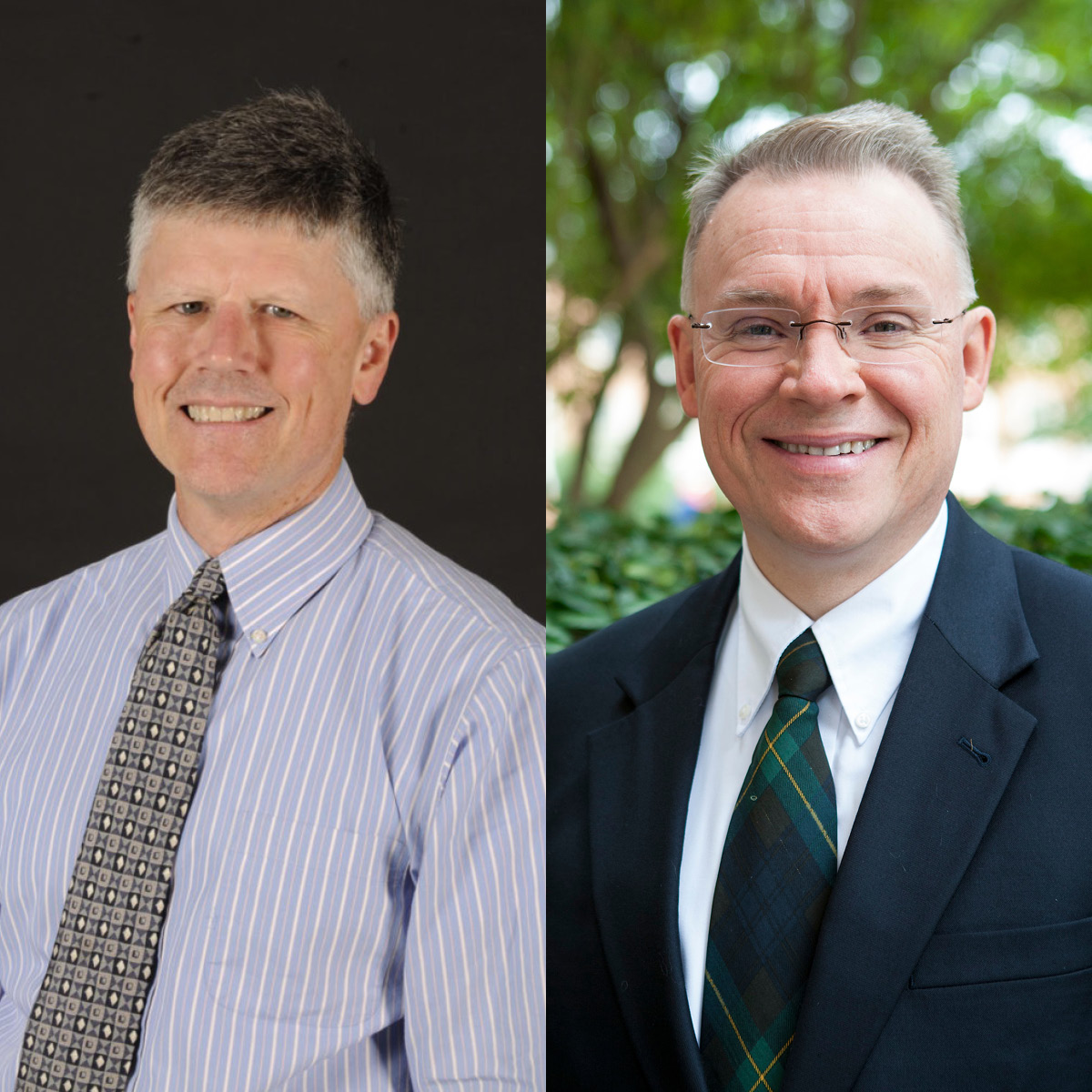 Howard Hendrickson will join the school’s faculty as professor and chair of the Department of Pharmaceutical, Social and Administrative Sciences, effective in July. He comes to Samford from the University of Arkansas for Medical Sciences where he has served as a full-time faculty member since 2001.

Marshall Cates has been named chair of the Department of Pharmacy Practice. Cates has taught psychiatric pharmacy at Samford since 1995. He earned his Doctor of Pharmacy degree from the University of Tennessee College of Pharmacy. He received the American Association of Colleges of Pharmacy Innovations in Teaching Award in 2015.

“I’m delighted that Dr. Hendrickson will be joining our faculty as he brings with him a vast array of research experience,” said Michael Crouch, McWhorter School of Pharmacy dean. “And, I’m thankful for the leadership of Dr. Cates who is stepping into this new role.”