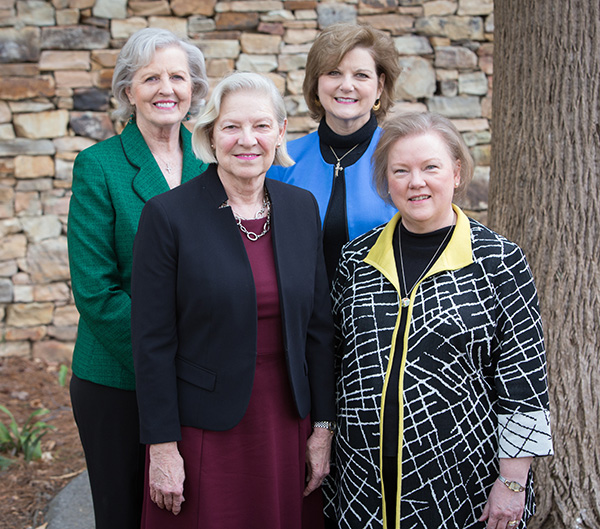 “It’s rewarding to know you can make an impact on your profession just by doing what’s right,” said Mim Gaines, assistant professor and director of Samford University’s dietetic internship program in the School of Public Health.

Gaines’ career in nutrition and dietetics spans 37 years. In 1994, she created the Nutrition and Physical Activity Division at the Alabama Department of Public Health. Gaines is also a co-founder of Scale Back Alabama, a state-wide weight loss program designed to encourage Alabamians to get healthy and have fun while doing it, and the Alabama Obesity Task Force, an initiative with the Alabama Department of Public Health that addresses obesity through advocacy, changes and programs.

Seibels has worked as an educator and clinical coordinator at Samford for the past 32 years. Her areas of expertise include community nutrition and wellness, nutrition support and sports nutrition. Over time, Seibels has served in multiple roles within the Alabama Department of Public Health, including senior nutrition consultant and WIC program nutritionist. In 2017, she was recognized by the Birmingham District Dietetic Association as its Outstanding Dietitian of the Year.

“It’s so humbling to be on equal footing as some of the people we look to as mentors,” Seibels said.

This honor comes at a significant time in the history of the Department of Nutrition and Dietetics as it celebrates the 100th anniversary of nutrition education at Samford. The first nutrition program was established in 1918 in the Department of Chemistry, created to meet the need of improving the public's health and nutrition during World War I.