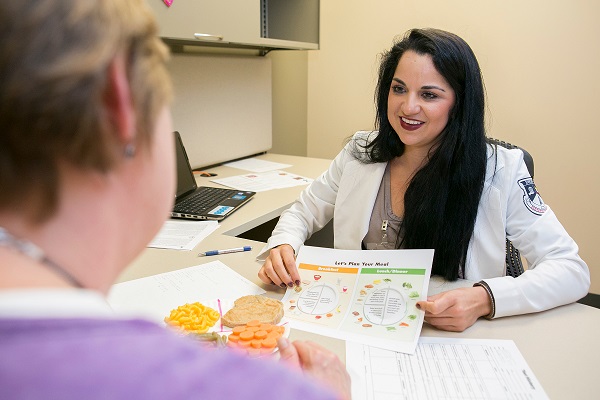 Samford’s Dietetic Internship program, housed within the school’s Department of Nutrition and Dietetics, is a post-baccalaureate program that fulfils the requirements needed to become eligible to take the national Registration Examination for Dietitians. The program accepts 20 interns each year, and it is currently in its fourth year.

This internship program is unique because of its emphasis on public health nutrition and its strong focus on leadership and advocacy.

The department's Bachelor of Science in nutrition and dietetics first earned approval in 1981 and later on received accreditation as a didactic Program in dietetics in 2008. With this latest news, it will maintain its accreditation until 2025.

Collectively, graduates from both the didactic program in dietetics and the Dietetic Internship boast a 100 percent first-time pass-rate average on the RD exam.

“The role of nutritionists and dietetics has evolved over time, and we are proud to be preparing graduates who address the profound challenges related to the health and nutrition of individuals and communities,” said Suresh Mathews, chair of the Department of Nutrition and Dietetics.

This news comes as the Department of Nutrition and Dietetics celebrates the 100th anniversary of nutrition education at Samford University. The first nutrition course was offered at Samford in 1918 in response to the public’s health needs during World War I.