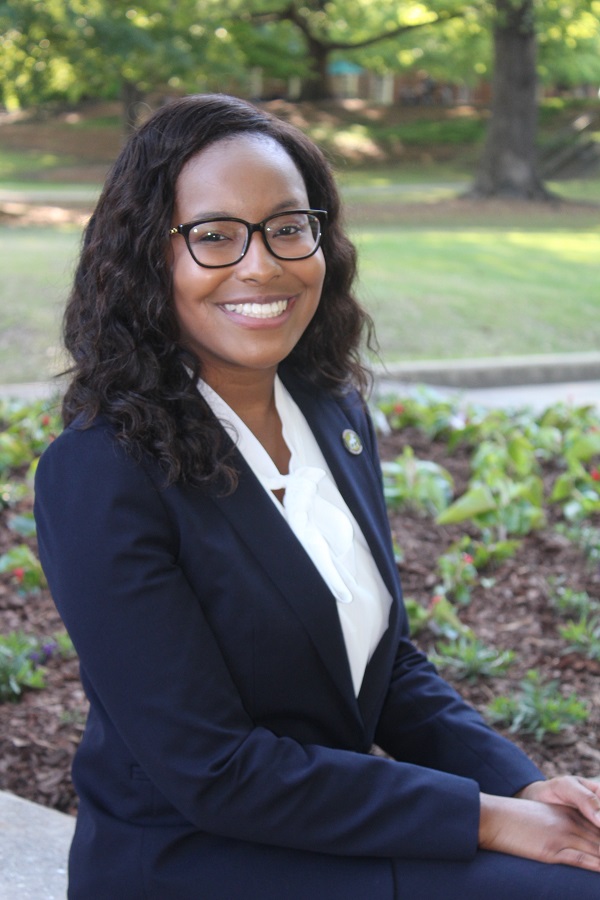 Samford University business management major Alondra Hampton describes diversity as the inclusion of various types coming together as one. “It also means having a voice for people who may not be represented in a particular sector,” she said.

Hampton shared her thoughts in an essay that helped her earn a Jesse Jackson Fellows-Toyota national scholarship. Reverend Jackson, the Rainbow PUSH coalition and the Toyota Corporation North America teamed up to provide the annual $25,000 scholarship for three years totaling $75,000.

Hampton applied for the scholarship and submitted her essay on what diversity meant to her last spring. The essay discussed her experiences and goals and how they would support one of Toyota’s key pillars of diversity and inclusion.

She was a semifinalist and received an all-expense paid trip to interview at Toyota Headquarters in Plano, Texas, with 22 other candidates from around the nation. There, she moved through multiple rounds of interviews in competition with other outstanding applicants.

At the end of the process, she was chosen one of 10 students nationally to receive the scholarship in addition to two paid summer internship opportunities at Toyota and a position at Toyota when she graduates.

Hampton believes that one way the automobile industry separates itself from other industries is through its constant evolution. “Technology continues to make our way of life more efficient and this causes cars to change as well,” she said in her essay. “Working in this industry will allow me to continue learning as technology is always changing,” she added.

“Diversity is vital in order for business to thrive. Without it companies will not be able to fully reach all their customers. Diversity also brings new ideas and allows for all voices to be heard.”

Hampton is a sophomore from Nashville, Tennessee. She is a Connections leader, a diversity ambassador and peer mentor for the IMPACT program. She also serves as a university ambassador and a member of the Student Recruitment Team.
Samford is a leading Christian university offering undergraduate programs grounded in the liberal arts with an array of nationally recognized graduate and professional schools. Founded in 1841, Samford is the 87th-oldest institution of higher learning in the United States. The Wall Street Journal ranks Samford 1st nationally for student engagement and U.S. News & World Report ranks Samford 66th in the nation for best undergraduate teaching and 104th nationally for best value. Samford enrolls 5,683 students from 47 states and 19 countries in its 10 academic schools: arts, arts and sciences, business, divinity, education, health professions, law, nursing, pharmacy and public health. Samford fields 17 athletic teams that compete in the tradition-rich Southern Conference, and ranks 6th nationally for its Graduation Success Rate among all NCAA Division I schools.
Director of Communication
Holly Gainer
Hgainer1@samford.edu
912-344-8443