Football Moves Up To Ninth In National Polls 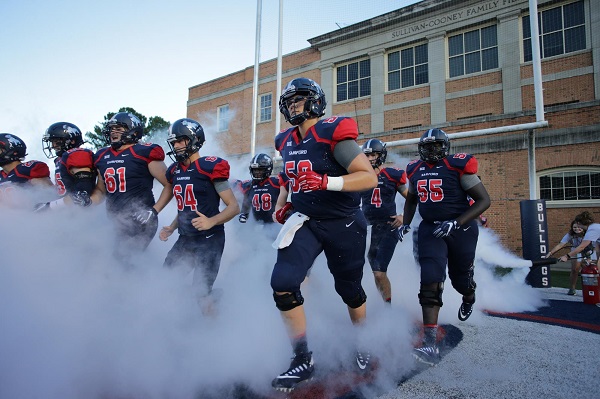 Following an impressive opening week, the Samford football team moved up to ninth in both the AFCA FCS Coaches Poll and the STATS FCS Poll, both released Monday, Sept. 3.

In the preseason polls, Samford had been ranked 10th in the AFCA Coaches Poll and 11th in the STATS Poll. The Bulldogs moved up to ninth in both polls following a 66-9 season-opening victory over Shorter Thursday evening at Seibert Stadium.

In addition to the SoCon teams ranked in the top 25, Western Carolina is also receiving votes in both polls. Chattanooga received votes in the STATS Poll.

The Bulldogs will play on the road for the first time this Saturday, when the team plays at ACC power Florida State. Kickoff for the game is scheduled for 6:20 p.m. (CT), and the game can be seen live on the ACC Network.