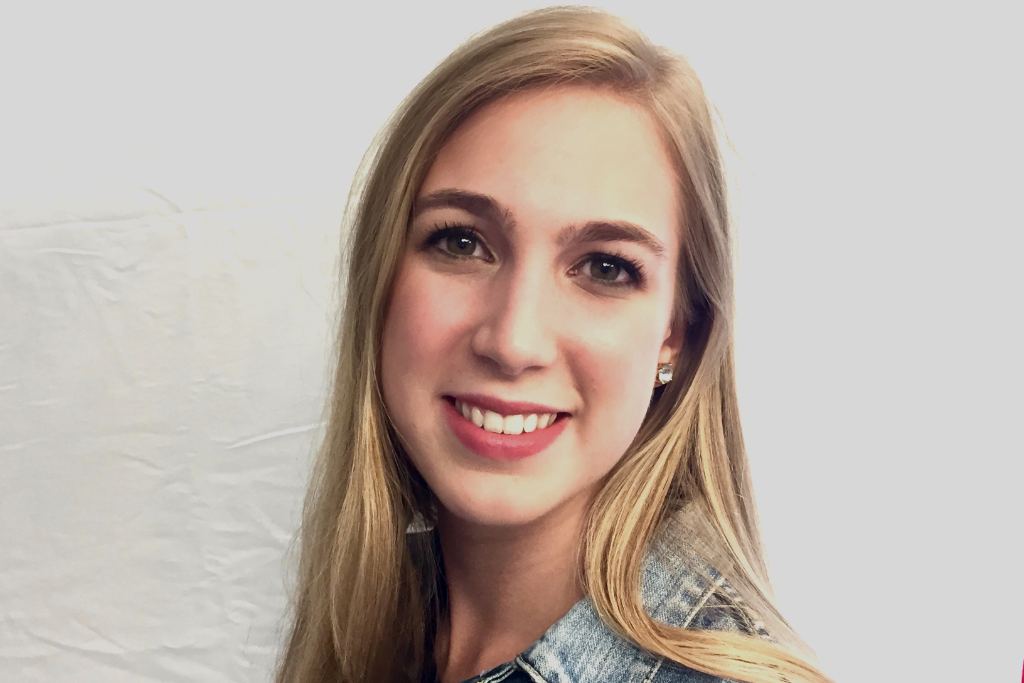 In a crowded field of more than 20,000 applicants, Samford nursing student Hallie Reed distinguished herself as a voice for college students.

The sophomore nursing major was recently selected as one of 13 contributors to The Edit, a newsletter published by The New York Times focused on the college students’ perspective on news and culture. She’ll be sharing her stories and thoughts for readers around the country to hear her unique perspective.

“When they told me I was selected, I was in shock!”, said Reed. “I still can’t believe that I made it through and I get to share what I write.”

According to Reed, two of the significant factors in delivering her to this point of editorial esteem are two of the things that brought her to Samford—Ida Moffett School of Nursing and the University Fellows program. She was introduced to the university through her cousin, and decided early on that nursing was in her future. Since Samford’s nursing school is not only ranked as a top school in the country but also designated a National League for Nursing Center of Excellence, it was a natural choice. Additionally, she also knew she wanted to participate in an accelerated program with exceptional academic achievement, such as the University Fellows.

In addition to being chosen by The New York Times, Reed has decided on pediatric nursing as her academic focus. “I’m very drawn to a crisis, and I love working with kids,” said Reed, who spends her summers working at the Royal Family Kids Camp through her local church. “It’s amazing to see what camp counselors can do in a week, and it’s something that I’d love to learn how to do - to impact a child’s life for the better in a real way.”

Between her studies and being a part of the honors program, Reed also enjoys Greek life and rowing crew. But writing has always drawn her back. She began writing competitively in high school and always knew that writing would be in her future; she’s thrilled at the opportunity presenting itself now. “I enjoy writing essays that make a person think,” Reed said. “I want to be that unique voice that echoes compassion and understanding.”

Looking to the future, Reed hopes to work as a nurse practitioner in pediatric mental health and move a bit closer to home. “It’s been extraordinary to see what nurses can do in these camps for a single week. They make such an impact and leave the kids with so much joy; I’d love to be able to do the same,” added Reed.

Reed attributes her successful selection to the mentorship of Professor Bryan Johnson, director of the University Fellows program. Johnson not only helped her with the application process, but introduced her to the opportunity at the start. Reed also leaned on a fellow Samford student and friend, Kathryn Jordan, a junior journalism and mass communication major, who took her calls and answered her questions to formulate the ideal article for submission. “I called her so many times throughout the entire process. I’m a nursing major, I love reading and writing, but I’m not sure how to do this,” Reed said, “Specific people at Samford were a huge part of being chosen.”

“Each time I made it to the next round, I was in complete shock, and when they finally called and told me I had gotten it, I thought I had woken up in an alternate universe; this can’t be real life. What a crazy world that I get to do this,” said Reed..“I love Samford and I’m super grateful to get to a point where I can do this.”