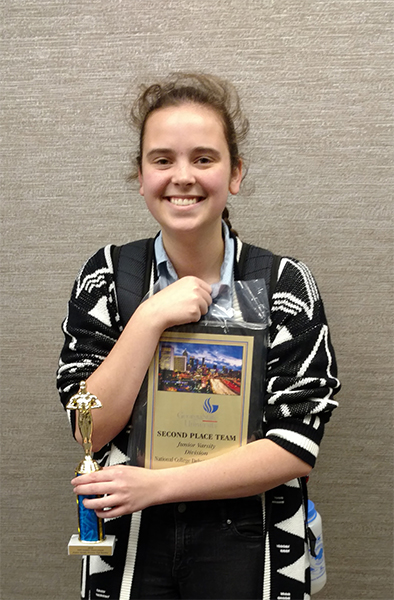 Freshman Samford University debater Sarah Emerson dominated the Georgia State Debate Tournament earlier this month even though her Samford partner couldn’t take part in the competition. Emerson, competing alongside a debater from Missouri State University, earned second place in the tournament and was named top speaker.

“This is one of the strongest performances from an incoming first-year at her first tournament,” said director of debate Ryan Galloway. “This bodes well for the future of the program to have a first-year debater have such a strong tournament.”