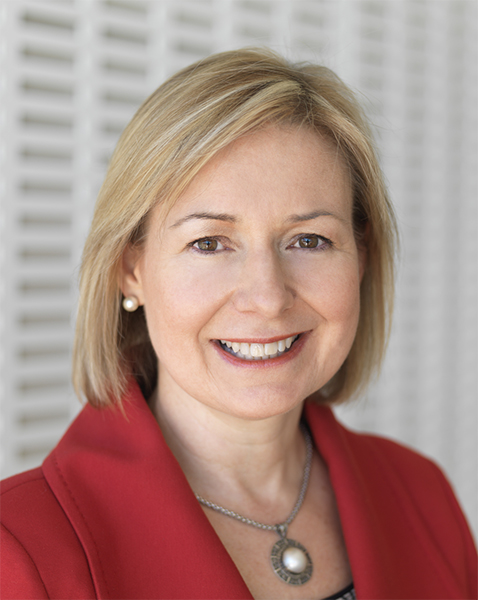 Samford University will host computer science pioneer Rosalind Picard for the 2018 J. Roderick Davis Lecture Oct. 4 at 7 p.m. in Wright Center Concert Hall. The free public event is cosponsored by the university’s Howard College of Arts and Sciences and Center for Science and Religion.

Picard–inventor, electrical engineer, and founder and director of MIT’s Affective Computing Research Group–once thought she did not want to have anything to do with emotion, but gradually learned that it could improve the future of artificial intelligence (AI). At Samford, she will describe her journey through a series of stories about building technology to help people manage stress, illness and autism, inventing sensors to measure emotion, making life-changing discoveries and facing the challenging question of what it means to be human. Picard also will meet with select groups of Samford students.

“With each potential AI advance, there are very important ethical, relational and technological questions to answer, and every academic discipline must be involved,” said Samford associate dean and math professor Emily Hynds. “We are thrilled to bring a scholar of Picard’s caliber and reputation to speak about complex ideas and technologies that impact every one of us.”

Josh Reeves, a leader of Samford’s Center for Science and Religion, said the center is cosponsoring the event, with support from The Issachar Fund, because “a key part of the center’s role is to promote conversations, particularly from a Christian perspective, on the issues raised by modern science and technology.” Contrary to popular stereotypes, the center is committed to the idea that science and religion are not inherently incompatible. In fact, the event organizers noted, Picard’s Samford lecture originated with her recent presentation at the Vatican.

The J. Roderick Davis Lecture Series, honoring a former dean of Howard College and Arts and Sciences, brings to Birmingham some of the most influential thought leaders and important issues of our time. Past speakers have included Equal Justice Initiative founder Bryan Stevenson, neuroscientist Anne McKee, historian Taylor Branch and Mexico-U.S. relations expert Juan Hernandez, among many others.