Published on September 5, 2018 by Katie Stripling   Share this on: 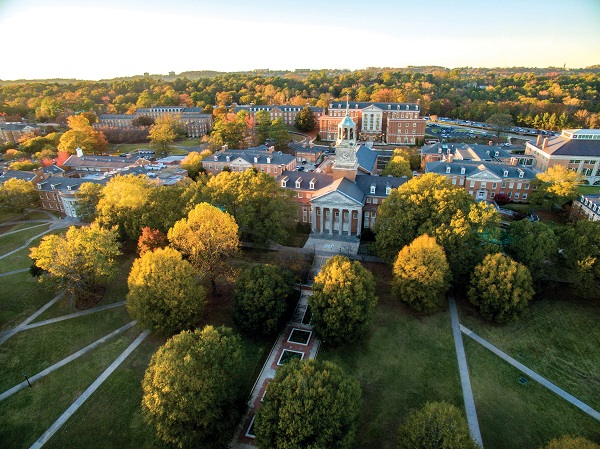 Samford University’s estimated annual economic impact on the state of Alabama is more than $424.8 million, according to a study released September 5. The independent study was conducted by Samuel Addy and Ahmad Ijaz with the Center for Business and Economic Research at the University of Alabama.

For 2016-17, the most recent year for which complete data was available, Samford’s economic and fiscal impact was $424.8 million, 2,424 jobs and $16.1 million in income and sales taxes, including more than $10.1 million in state tax revenues and nearly $6.0 million in local sales taxes.

According to Betsy Bugg Holloway, Samford’s vice president for marketing and communication, the report affirms the many ways that the university contributes to economic development through teaching, research and service. The report notes that Samford is “an asset to the state of Alabama” and “essential to the economic and community development of the metro area, the state and the nation.”

The majority of Samford’s impact – $384.1 million, 2,172 jobs and $5.2 million in local sales tax revenue – is in the Birmingham-Hoover metropolitan area and its cities. This includes an annual economic impact of $18.5 million due to visitors to the university’s campus, which is located in the Birmingham suburb of Homewood. The university regularly hosts visitors from around the state, country and world to attend its athletics, arts and educational events.

“Samford University is an attractive investment for its graduates and clearly contributes to the state of Alabama and the Birmingham-Hoover metro area economies,” the report states. “In addition, Samford provides many other public and private benefits that, while difficult to quantify, clearly make it a great asset for the state and the metro area.”

The report also found that the state gains indirectly because Samford graduates pay “relatively higher taxes” than they otherwise would have without their Samford degrees. “Over the working life of the 2016-17 graduating class, the Samford education will provide higher income that enables generation of $258.7 million additional income and sales taxes – $181.5 million in state sales and income tax collections and $77.2 million local sales taxes.”

According to the study, “a Samford education is a very high-yielding investment for students.”  The real annual rate of return on some college attendance is 7.1 percent over a high school graduate. The bachelor’s degree has a 9.2 percent real annual rate of return over some college attendance, and the master’s degree yields a 15.7 percent return over a bachelor’s degree. The doctorate provides a 12.2 percent marginal return over the master’s degree, and has the highest lifetime earnings. Holloway added that approximately 39 percent of Samford students are enrolled in graduate and professional programs.

The benefits provided by the university have lasting impacts on graduates as well as the general public through service and outreach programs with links to communities, business, industry, government and individuals. Through job creation, generation of significant tax revenues, promotion of innovation, assisting in business creation and growth and facilitation of economic development, Samford is making the Birmingham-Hoover metropolitan area and the state “attractive for the startup, location and expansion of business and industry,” the study says. “These benefits lead to improvement of workforce skills and the general quality of life in the area, the state and the nation. Higher incomes generate more tax revenues for the state and other tax jurisdictions.”

In recent years, Samford has placed particular emphasis on developing new programs designed to meet the needs of today’s workforce. According to Holloway, new programs in the College of Health Sciences and an emphasis on data analytics throughout Samford’s Brock School of Business are uniquely equipping graduates to succeed in some of the fastest growing and most in demand career fields in the state and nation.

“Samford’s commitment to developing new programs and evolving existing programs to meet the needs of our students and the communities we serve, is undoubtedly a factor in Samford’s increasing economic impact,” said Holloway. An independent study conducted in 2014 found Samford’s impact for 2012-13 to be more than $335 million.

“Samford has contributed to the local and state economies for 176 years,” noted Holloway. “We are proud of the impact we have had historically and in shaping the future of this region through our rigorous academic programs, well-prepared graduates, highly skilled and nationally recognized faculty, and strong community partnerships.”