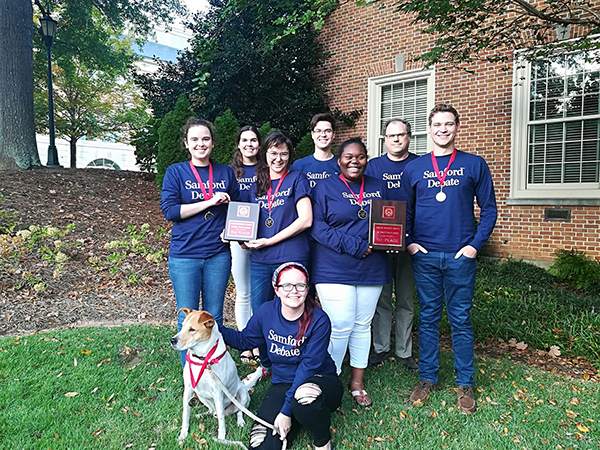 Samford debaters at the Oct. tournament

The Samford team of Moriah Windups and Sarah Emerson defeated Emory and the University of Georgia to advance to the finals of the Varsity division. Windups won second speaker while Emerson won fifth speaker.

“This is the strongest start to a season for our team in the last six years,” said debate director Ryan Galloway. Assistant director Lee Quinn added, “We competed well at our tournament, but more importantly, we provided excellent hospitality to our community. One coach compared Samford’s tournament to the Harvard tournament, which is the gold standard for excellent tournament hosting.”

The Samford debaters will compete at Liberty University in early November before closing out the semester at the fall championships at Wake Forest University.