School of the Arts Theatre Season Continues with Hedda Gabler 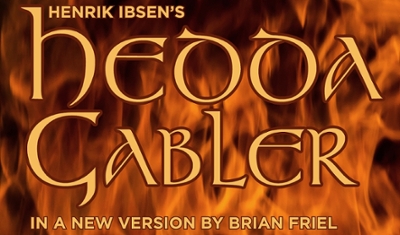 The Department of Theatre and Dance in Samford’s School of the Arts presents Henrik Ibsen’s play Hedda Gabler in a new version by Brian Friel Oct. 25-28 in Bolding Studio. The production is part of the Michael J. and Mary Anne Freeman Theatre and Dance Series.

Directed by Professor Don Sandley, Hedda Gabler is regarded to be one of the most controversial plays ever published or performed. Henrik Ibsen’s dark and desperate drama Hedda Gabler takes us into the psychological depths of character development, as our students come to grips with one of the classics of Western literature. Written and set in 1890, the political and social happenings throughout Europe were impactful and romanticism was the main ideological movement influencing the arts.

Sandley recently reflected on this play selection, “As a director, I have longed for and dreaded the day I would finally approach this terrifying work. However, as a teacher of theatre, you know when the time is right. We were blessed with two actresses of exceptional talent and depth, capable of ascending this emotional ladder. So, we made the unreasonable decision to cast them both and let them rotate the female leads. The process has been fascinating and exhilarating.”

Sandley also hopes to bring awareness to the ever-growing suicide risk within our world. The play brings to light the devastation of depression.

The season will continue with Samford’s newly commissioned opera The Ghosts of Gatsby, Nov. 15-18, by composer Evan Mack and librettist Joshua McGuire. This production tells the story of famed Alabamian Zelda Fitzgerald and has been workshopped by Samford faculty and students over the last four years and receives its first ever performance on the Harrison stage.

Make plans to return to Samford in the spring for A Grand Night for Singing - a tribute to Rodgers and Hammerstein, our annual Dance Concert, Peter and the Starcatcher and Freaky Friday the musical.

Tickets are available at tickets.samford.edu. For a full event listing visit samford.edu/arts/events.