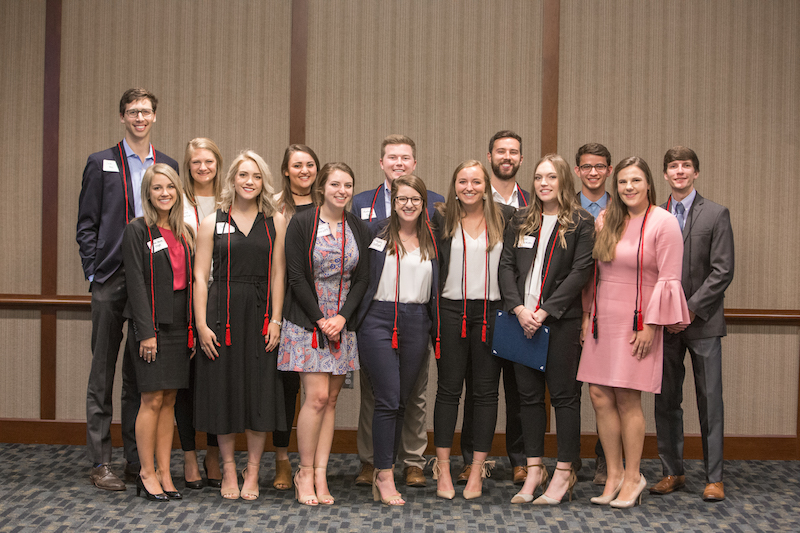 Beta Alpha Psi, an international honor society for accounting and finance students, named its Superior Chapters for the 2017-2018 academic year. Samford University’s chapter, Kappa Pi, housed in Brock School of Business and supervised by accounting instructor Michelle Newberry, was once again included on the list for outstanding efforts during the year.

“Recognition as a Superior Chapter is a significant accomplishment, said Beta Alpha Psi President Alexandra L. Miller in a letter to Dean Howard Finch. “Under the leadership of Michelle Newberry, the Kappa Pi chapter has far exceeded the baseline requirements of Beta Alpha Psi and has excelled in the areas of academics, professionalism and leadership.”

For community service, the chapter completed projects such as a Christmas card writing campaign for deployed military members, Project Angel Tree and tutoring. They also volunteered at the Ronald McDonald House through the Samford Gives Back campaign.

After the 2017-2018 academic year, more than 90 percent of the seniors who are members of the Kappa Pi chapter returned for their senior year with internship offers that will most likely lead to full-time job opportunities following graduation. These internships will take place from January – March of 2019 before returning to campus to complete their undergraduate degrees.

As a Superior Chapter, the group received a $500 reward sponsored by KPMG and the KPMG Foundation.

“We are proud that our Beta Alpha Psi chapter was recognized as superior,” said Alan Blankley, chair of the Department of Accounting. “This recognition is a great achievement for our students and a testament to their hard work as well as the outstanding leadership provided by Professor Newberry.”