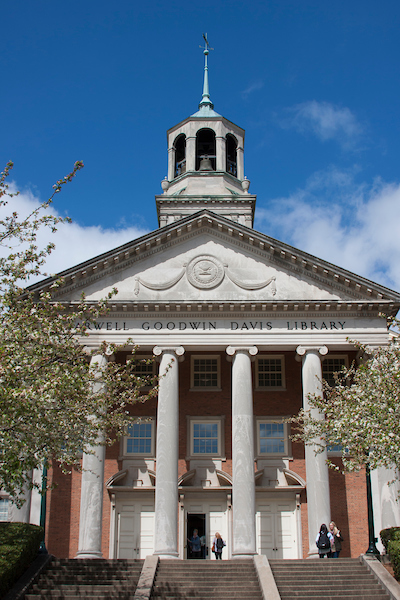 The Alabama Men’s Hall of Fame is now receiving nominations for the induction class of 2019. The Hall was established by the State of Alabama in 1987 to recognize men native to or identified most closely with the state of Alabama who have made significant contributions on a state, national or international scale. The Alabama Men’s Hall of Fame is housed in Davis Library at Samford University in Birmingham.

“Those chosen are part of a distinguished roll of important figures in Alabama history, but many others also warrant recognition,” said Board Chair Richard Bailey of Montgomery.

Nominations are reviewed by a selection committee designated by the Alabama Men’s Hall of Fame Board. The selection review committee’s recommendations, along with a list of all nominees, will be submitted to the full Board in April for a final vote. The formal induction ceremony luncheon is set for Sept. 17 in Birmingham.

All nominees must have been deceased for at least two years. Nominations must be postmarked no later than March 15 and should be mailed to Alabama Men’s Hall of Fame, P.O. Box 292307, Samford University, Birmingham, AL 35229.  For more information, contact board member Michael Morgan by telephone at (205) 726-2048 or email at mmorgan@samford.edu.