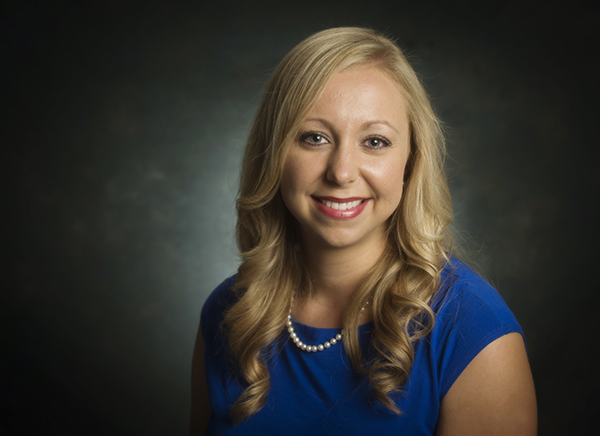 Samford psychology alumna Aaron Davis Fobian ’08 has been named a Rising Star by the Association for Psychological Science (APS). The Rising Star designation recognizes outstanding psychological scientists in the earliest stages of their research career post-Ph.D. whose innovative work has already advanced the field and signals great potential for their continued contributions.

Fobian earned her Ph.D. in medical/clinical psychology from the University of Alabama at Birmingham, where she currently serves as assistant professor in the Department of Psychiatry and researcher at the university's Nutrition Obesity Research Center. Her research includes examination of how behavioral interventions affect pediatric health in the areas of functional neurological symptom disorders, sleep and obesity.

“Dr. Chew and the Department of Psychology actually supported my travel to the Association for Psychological Science Convention during my junior year, which allowed me to present my first research poster,” Fobian said. “I am grateful for the abundant knowledge, opportunities and experiences that Samford provided to me that equipped me for graduate school and my future career.”

In addition to numerous other professional honors, Fobian was named the 2018 Ronald McDonald House Charities of Alabama Young Professional of the Year for her service to that organization.