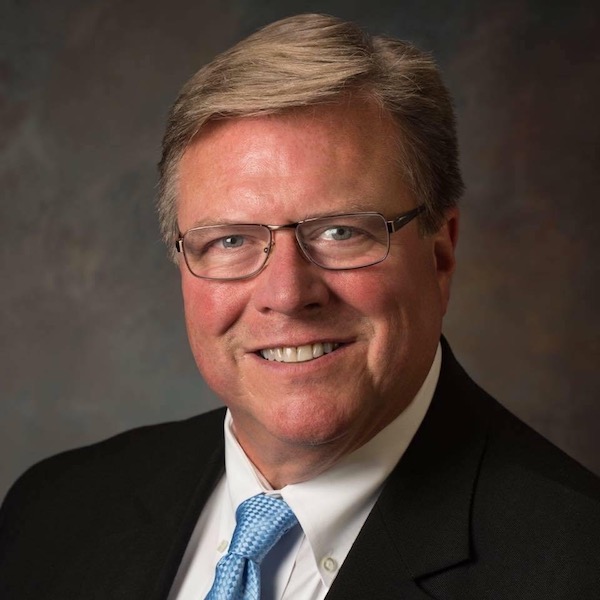 “When I was in pharmacy school, my professor Tea Sam Roe taught me something that really stuck. He said, always give to what gives to you—or more specifically, give back to your profession because your profession will give you so much more,” said Rob Colburn, an ’84 alumnus of Samford University’s McWhorter School of Pharmacy.

Throughout his career, Colburn has lived out these words as the owner of Northport Pharmacy, an independent pharmacy in Northport, Alabama. But with his recent appointment, he takes his dedication to the next level.

Colburn recently began his five-year appointment as one of five members on the Alabama Board of Pharmacy, the regulatory body that oversees all licensed pharmacists in the state of Alabama.

“I recognize this is a big job,” he said. “There is so much happening in pharmacy right now, and as a board, we are charged with protecting the people of Alabama and making sure that everything that is happening is good.”

Colburn has a history of giving back to his profession, including his time as president of the Alabama Pharmacy Association from 1999 to 2000.  But in his latest position, he is giving back to his community and the people of Alabama in a much broader service.

“During my entire career, I have taken care of my customers and my community in Northport, Alabama. With this new position, I tell people that I’m broadening my scope of practice. My customers are now the entire population of the state of Alabama,” he said.

Colburn is one of the board’s two members-at-large, which means instead of being appointed by the governor, he was elected by all licensed pharmacists in the state.

“Pharmacists have always been one of the most respected professions, and because of this, there is a level of integrity you have to live up to,” he said. “I enter this role with no predetermined motives. I am here to serve the people of Alabama and care for their health.”

Along with Colburn, Brenda Reed Denson ‘98 is a member of the Alabama Board of Pharmacy, and Donna Yeatman ’94 serves as the board’s executive secretary.