Terry Named Adviser to the President for Faith Networks 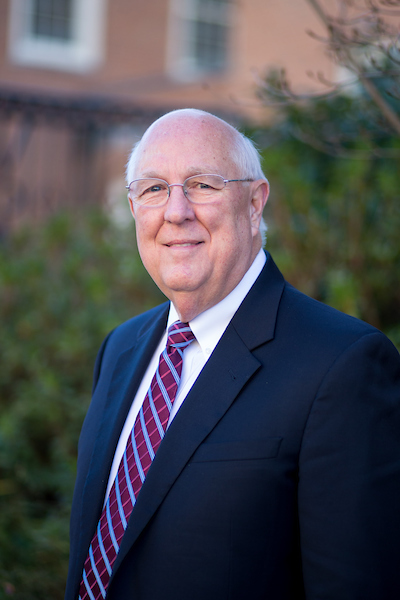 Bobby S. (Bob) Terry, longtime editor of The Alabama Baptist, has been named adviser to the president for faith networks at Samford University effective January 2. He will work with university leadership to identify strategic opportunities to expand Samford’s impact within the Christian faith community.

Terry, whose career in religious journalism spans five decades, is uniquely suited for this new role according to Samford University President Andrew Westmoreland. Terry retired from his position as editor of The Alabama Baptist in December 2018 after leading the ministry for more than 23 years. He previously served as editor of the Missouri Baptist paper, Word & Way for 20 years and associate editor of Kentucky’s Western Recorder. He has held numerous leadership roles in national and international organizations and has served Alabama’s churches as an interim pastor on numerous occasions.

“I am humbled by Dr. Westmoreland’s invitation to work with him to help increase the university’s leadership in the Christian community,” Terry said. “I look forward to being a part of all God is doing in this historic place and helping others learn about and benefit from what is happening at Samford.”

According to Westmoreland, the current era provides unique opportunities for Samford to develop greater significance among religiously-affiliated universities and cooperating churches. In his role, Terry will regularly interact with Christian thought leaders and students to identify opportunities to increase Samford’s engagement with and contribution to the greater community of faith.

“Samford is increasingly rare within the broader Christian world of higher education as a place that takes seriously both the highest standards of academic scholarship and a winsome, thoughtful approach to inculcating and sharing Christian faith,” said Westmoreland.

“In the years to come, when people talk about the intellectual climate at Christian universities, I hope Samford’s reputation is among the strongest in the world,” Westmoreland added. “Dr. Terry’s work will play a meaningful role in our efforts to accomplish this goal. We are extraordinarily blessed to have him at Samford.”

Terry is a graduate of Mississippi College and Southern Baptist Theological Seminary. In addition to a Doctor of Ministries degree, he holds two honorary doctorates including one from Samford University. His wife Pat serves as a Professor of Nutrition and Dietetics at Samford and his daughter, Jean, teaches in the university’s School of Public Health. A grandson is a current Samford student.