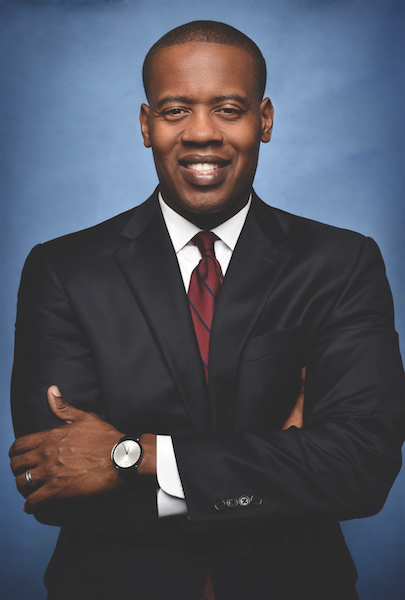 In conjunction with the 25th anniversary of the founding of Cumberland’s BLSA chapter, the event will focus on the topic “Race, Justice and Politics” and will feature keynote speaker Anthony Daniels, the Alabama State House of Representatives minority leader.

Originally from Midway, Alabama, Daniels represents Alabama’s 53rd District located in the Huntsville Area of Madison County. In 2015, he was named Alabama State Legislator of the Year by his colleagues in the House Democratic Caucus. While serving in his first term, he was elected by his democratic colleagues to serve as their leader in the Alabama House of Representatives. He is both the youngest and first African American to hold this position in modern history.

Daniels received a bachelor’s degree in elementary education and master’s degree in special education from Alabama A&M University. He also holds a certification in education fundraising from Dartmouth College. He advocates for quality education as a public servant and former educator. In addition to being the former chairman of the National Education Association (NEA) in Washington, D.C., his experience includes teaching third grade at the Academy of Science and Foreign Language, fourth grade at University Place Elementary (Title I school) and fourth and fifth grade blended-classes at Cochiti Middle School on an Indian reservation. He also worked at the university level as a corporate and foundations relations officer at his alma mater.

He is active in his community as a member of the Downtown Huntsville Rotary Club and the Huntsville Country Club. He received the 2016 Business Champion Award from the Business Council of Alabama and is one of 14 leaders from across the country selected to join the NewDEAL (Developing Exceptional American Leaders), a selective national network of state and local leaders working to enact pro-growth, progressive solutions. The NewDEAL program is focused on expanding opportunity, helping leaders like Anthony to develop and spread innovative ideas that spur economic growth that is broadly-earned and sustainable.