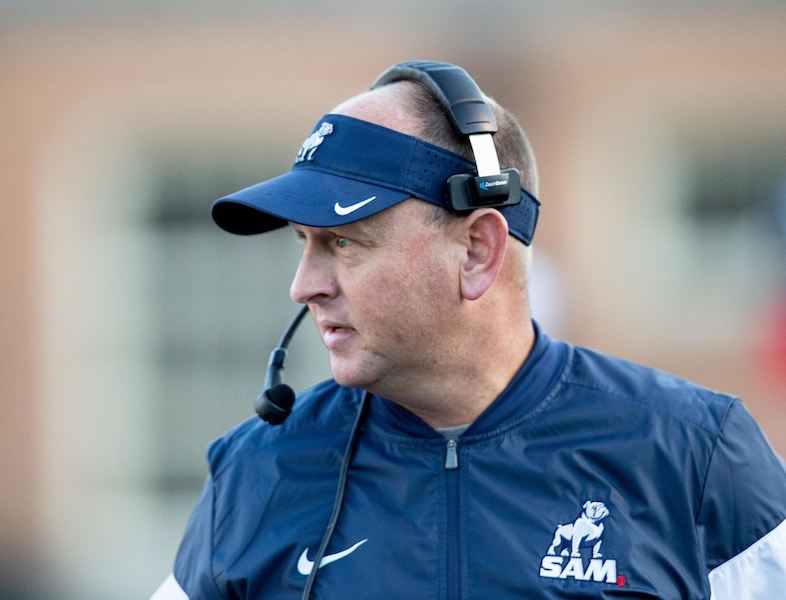 A trip to Auburn and an appearance in the Guardian Credit Union FCS Kickoff against Youngstown State highlight Samford’s 2019 football schedule.

The Bulldogs will open the season by traveling to Montgomery, Ala., for a nationally televised matchup with the Youngstown State Penguins on Aug. 24. The game will be a rematch of the 2016 NCAA Division I-FCS Playoff matchup between the two programs.

The following week, Samford will travel to former Ohio Valley Conference rival Tennessee Tech on Aug. 31. After an open week, the Bulldogs will open Southern Conference (SoCon) play at Wofford on Sept. 14.

Samford’s home opener is scheduled for Sept. 21 in an in-state battle with Alabama A&M at Seibert Stadium. Samford will remain at home for its next two SoCon games, hosting The Citadel (Sept. 28) and Furman (Oct. 5) for Family Weekend.

The Bulldogs will then travel to Virginia Military Institute (Oct. 12), followed by a home game against East Tennessee State University (Oct. 26) and a road contest at Mercer (Nov. 2). Samford will wrap up the home portion of its schedule by hosting Chattanooga for homecoming on Nov. 9.

Samford’s final SoCon contest will come in a trip to Western Carolina on Nov. 16. The Bulldogs will conclude the regular season by playing at SEC power Auburn on Nov. 23.

Kickoff times and ticket information will be released later.