Samford Students Travel Near and Far to Serve for Spring Break 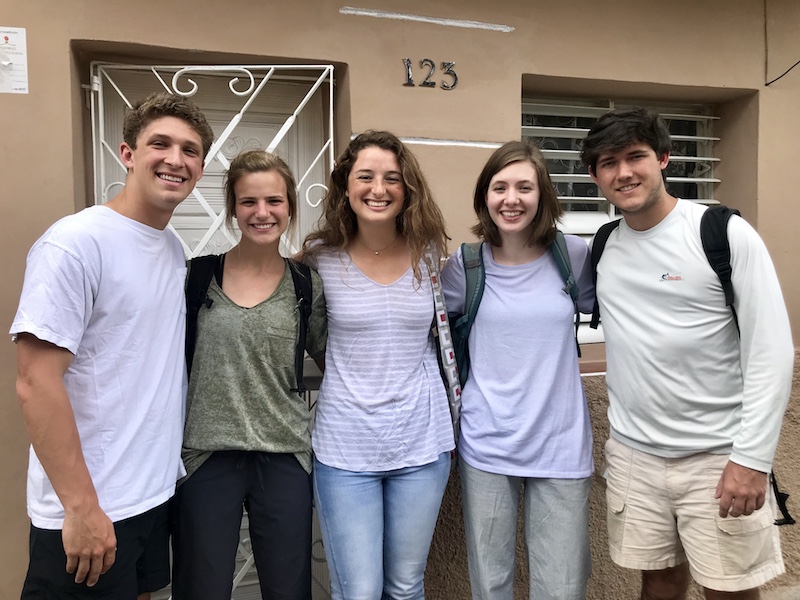 When junior Caroline Wolfe packed her bags for spring break, she wasn’t preparing for the same type of trip as some college students. Instead, she was gearing up not only for her first mission trip but an international trip to Cuba. Wolfe joined Reel Life International, a non-profit based in Birmingham that facilitates short-term mission trips.

“I chose to do a mission trip because I thought God would use it to teach me new things and draw me closer to him. I wanted to see what it would be like and try something new,” she said.

Wolfe and a team of 29 other students from colleges across the southeast spent the week supporting the work of a local Cuban church through evangelism and worship.

“Overall, I think I learned a lot about the work of the church outside the United States and outside the deep South. It’s easy to forget the work of Christians around the world when you don’t have personal contacts there,” she said. “But since I now know some Cuban Christians by name, and can pray for them, I feel more connected to the global church, and encouraged by the way the Gospel is spreading worldwide.”

The journalism and mass communication major was just one of many Samford students who chose to continue Samford’s tradition of service by helping others during spring break.

Singing for a Cause 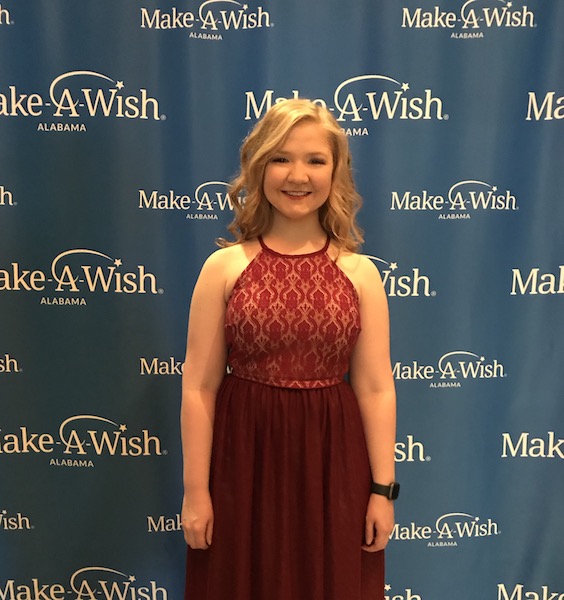 While it all culminated over spring break, freshman music major Hannah Creel had been preparing for months for her work with Make-A-Wish Alabama’s fundraising event, Wish Night. Creel, a wish ambassador, sang the Greatest Showman’s “A Million Dreams” for the group of 400 after practicing since late fall with classmate Majorie Trimm and Samford School of the Arts lecturer Laura Doss.

“I felt really privileged that they thought highly enough of me that I could answer questions. I was happy I could educate a lot of people that had the potential to help this organization and show how great our staff is here in Alabama,” she said. “Being able to reaffirm somebody that everyone on that staff is as genuine as it gets and see their eyes light up and know they’re at an event that has a great purpose. That was one of the more rewarding moments.”

Sharing in Service and Fellowship 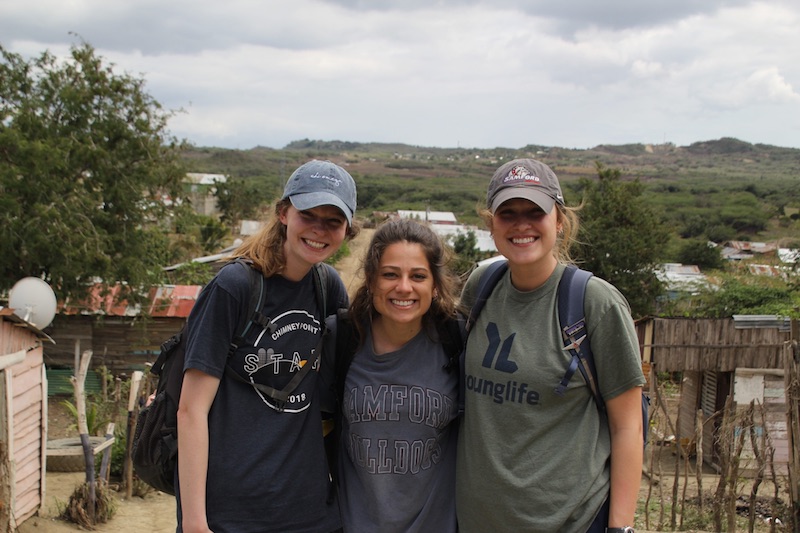 “The trip had a two-part goal. First, we distribute and install water filters and then share in the Gospel with them by using the filter as a physical representation of what Jesus did for us,” Godfrey said.

In addition to service, Godfrey highlighted getting to know the 25 other Samford students on the trip.

“At the end of every night, we would do a debrief and share encouragements to other people on our team. It was my favorite part because people saw things in me and other people in my team and hearing those things spoken out was really powerful,” she said. “I signed up not know who was going, but I came back with really good friends because of this shared experience.”

This was Godfrey’s second spring break with Filter of Hope and it confirmed her passion for missions.

“My freshman year I went to the beach with friends and it was great, but a lot of college is focused on me. I wanted to spend my time off serving other people,” she said. “When you trust that the Lord can use anyone and you’re bold in sharing the Gospel it can become addicting in the best way. You come back with a different perspective on life.” 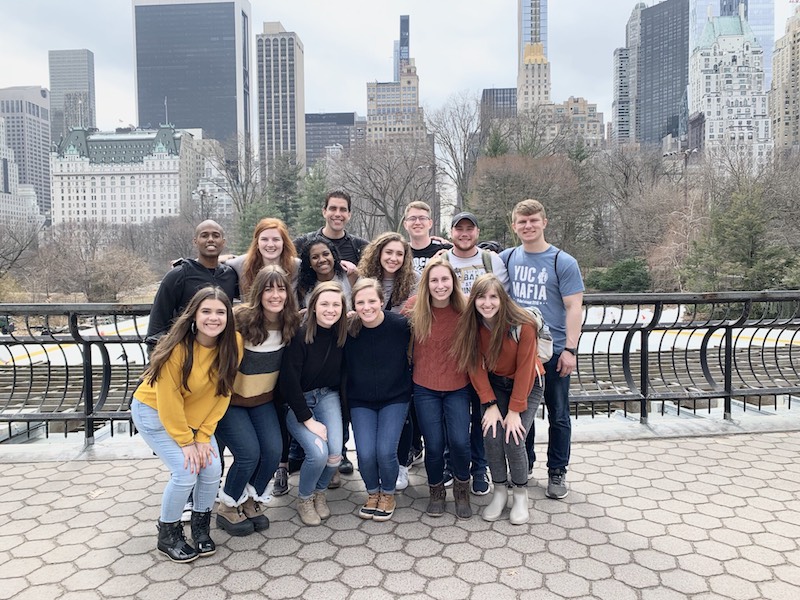 “One of the coolest moments was right at the beginning of the trip. My co-leader and I had both been praying for more guys to join the team because, in our group of 10, eight were girls and two guys,” she said. “We get there and we’re getting our materials after our first day of training and a leader from one of the other groups comes up and says, ‘We would like to partner with another team.’ It was an answered prayer. We worked so much better together than apart. To have that balance of different ideas and perceptions and skill sets was so necessary for accomplishing the mission.”

Aerni’s experience not only helped her spiritually but also in developing her leadership skills.

“I felt the Lord was really putting it on my heart to lead because I hope to do longer missions in the future, she said. “This experience prepared me greater to be a leader this summer on my trip to North Africa.”

For Aerni and her team, knocking on doors throughout such diverse neighborhoods proved to be a challenge that helped expand spiritual growth.

“Rejection is right there,” she said. ‘But throughout the challenges, there were wins. Our team grew together and individually — ultimately for our good and God’s glory. We received a lot of good responses and people that we met wanted to follow-up. That was the Lord exceeding expectations.” 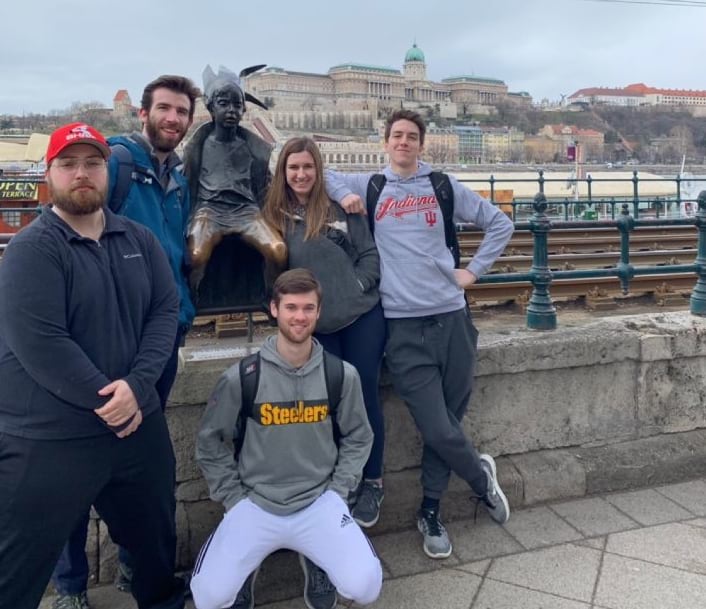 “The purpose of the trip was to serve an organization in Budapest called Paulus. Mountain Brook Community Church takes a trip every spring break in order to encourage the local Christians there as well as help with different outreach events,” she said. “This year, we helped put on different emotional intelligence talks. I was able to give a talk on conflict resolution, and grew friendships with Hungarians (both believers and non-believers) during discussions after the talks.”

The nutrition and dietetics major spent the week visiting locals’ homes to share in meals and learn more about their current religious culture.

“The time our team spent in Hungary was truly an incredible taste of eternity as we served and worshiped with our Hungarian brothers and sisters in Christ; seeing first-hand how God is working in a different culture changed my perspective on how to serve God better in my own culture here in Birmingham,” she said.

For anyone considering a spring break trip next year, Starmer says the risk is well worth it.

“Going to the beach or sleeping in at home is fun and can be memorable, but I would have never formed the life-long friendships that I now have if I hadn't taken this leap of faith,” she said. “I would not have been challenged in the same way, and I would not have been able to impact people for Christ's kingdom in quite the same way. Even though the travel was crazy, I came back to school far more refreshed and encouraged than I ever would have just going on a regular spring break.”