The Ketogenic Diet: School of Public Health Weighs the Short-term and Long-term Effects 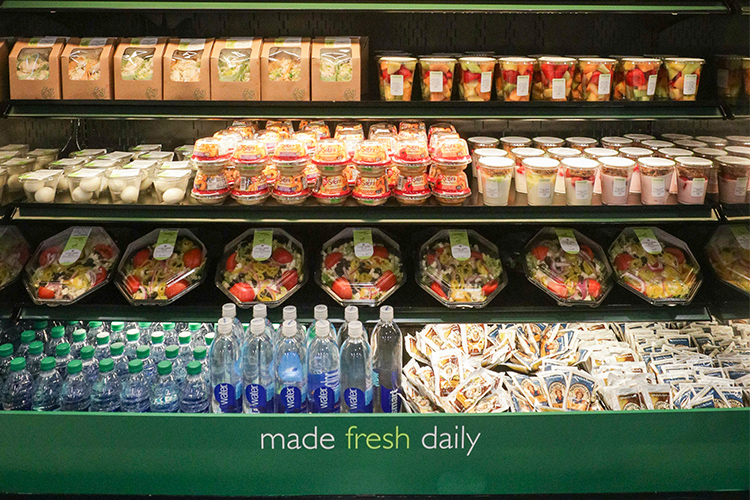 Despite its recent popularity, the ketogenic diet has been in existence for more than 100 years. “Back in the 1920s, people would use the keto diet to treat children with epilepsy who were refractory to the drugs of the time. By adopting the keto diet, it could minimize the number of seizures a child would have. This has been known for 100 years,” said Katie Coate, assistant professor in Samford University’s Department of Nutrition and Dietetics in the School of Public Health.

Yet in recent years, the ketogenic diet has become increasingly popular as a way to lose weight and to lose it fast. One adheres to this diet by consuming very low amounts of carbohydrates, moderate amounts of protein and very high amounts of fat.

“If we were to talk in percentage of calories, 70-80 percent of your daily calories would come from fat with five percent or less coming from carbohydrates,” Coate said. “This can sometimes take people by surprise.”

The high percent of fat is what makes this diet unique, as well as difficult to adhere to long-term. For as Coate explains, the diet causes the body to make a metabolic switch.

“Our bodies are very efficient at using carbohydrates as an energy source; anything in excess beyond what our bodies need for energy gets stored as fat. Maintaining very low carbohydrate intake, as on the keto diet, causes a metabolic switch to where your cells use fat for energy in the form of a metabolic compound called a ketone body,” Coate said.

In other words, when you eat carbohydrates, your pancreas secretes insulin, which allows  the body to use glucose for energy. When you maintain a ketogenic diet and consume a high amount of dietary fat with little carbohydrates, your body thinks it is in starvation mode and produces ketone bodies for energy instead.

“It’s like your body thinks its starving. It turns on a full-alarm and begins oxidizing fat to produce the energy it needs,” Coate said. “A favorable consequence of this is that you end up burning a lot of fat in your body, which is why people have found it effective for rapid weight loss.”

But while this diet can produce positive results for people in the short-term, Keith Pearson, assistant professor in the School of Public Health’s Department of Nutrition and Dietetics, says this does not always have a desirable effect in the long-term.

“One of my concerns is that people who follow the keto diet may feel like they have a license to eat all of the fatty foods they want. You see people eating lots of bacon, butter and cheese. They think it’s okay because it’s a part of their diet, but in reality, foods that are high in saturated fats can negatively affect their blood cholesterol or their risk of heart disease,” Pearson said.

To adhere to the ketogenic diet in a healthy way, Pearson recommends you focus on heart-healthy fats, like nuts, olive oil and avocados.

In learning about the foods that you can eat on a ketogenic diet, it’s also important to realize the foods that you have to give up. “You are eliminating almost entire food groups from your diet,” Coate said. “You can have very little fruit, no grains and many vegetables are off limits. You have to choose vegetables that are very low in carbohydrates and high in fiber.”

Both Coate and Pearson err on the side of caution in recommending this diet as a way to lose weight. “There is an abundance of evidence that supports the favorable effects of fruits, vegetables and whole grains in our diets—which is in contrast to the absence of evidence that supports eliminating these food groups from your diet to lose weight,” Coate said.

“The overall body of research on dieting for weight loss shows that adherence is key. For whatever diet you choose, it’s important that you select one that you can adhere to in the long-term,” Pearson said, “instead of seeking a diet that can only produce short-term success.”