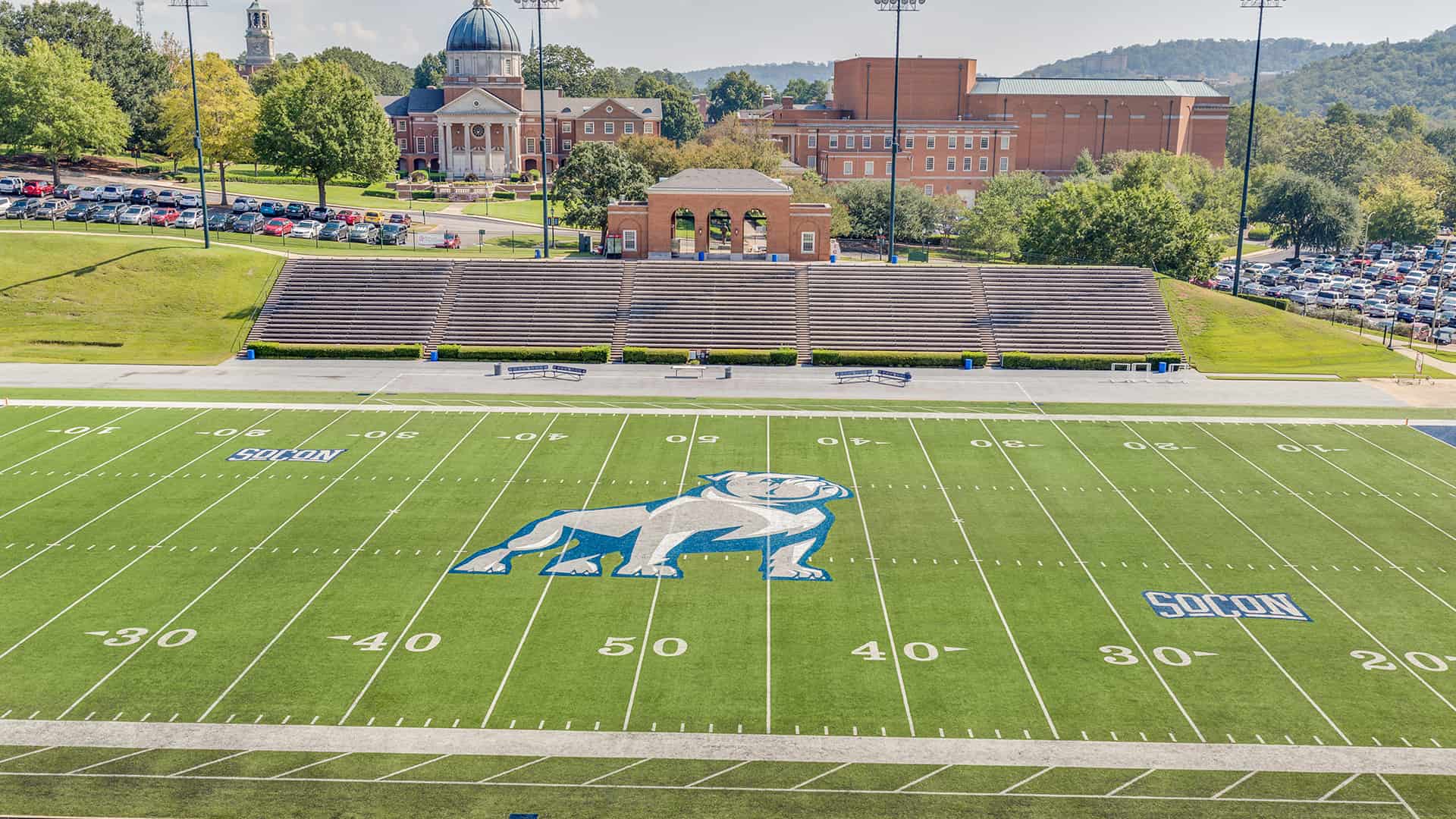 Samford University has announced a series of planned improvements to Seibert Stadium to enhance the fan experience and create an even greater home-field advantage. The stadium project is part of Forever Samford, the largest capital campaign in the university's history.

The planned improvements are aimed at enhancing all aspects of the game day experience for fans attending Samford University football games at Seibert Stadium. Located in the center of Samford's campus, Seibert Stadium was constructed in 1958 and has not undergone major renovations since the construction of the Sullivan-Cooney Field House prior to the start 2009 season.

"Seibert Stadium has always been a great setting for college football," Samford director of athletics Martin Newton said. "We are committed to providing our student-athletes with a great home field advantage and making it even more fan friendly so that new generations of fans, alumni and student-athletes can enjoy a first class game day experience for years to come."

Samford Football has seen an increase in attendance over recent years with several games at or near capacity as the team has enjoyed success having made three FCS playoff appearances over the course of eight consecutive winning seasons. According to Newton the plan calls for enhancements to be done in phases as money for the project is raised. The project will be fully funded by donor support.

Phase I is currently underway and includes a new state of the art video board and sound system. The video board is expected to be the second largest in the Southern Conference and will be more than three times the size of the current video display. A new audio system will be housed within the video board structure and will dramatically improve the sound quality for music and public announcements.

Phase II of the plan calls for a complete renovation and expansion of the Bashinsky press tower, a new seating configuration on the west side of the stadium and a field level concourse that will further connect the east and west stands. Enhancements to the press tower will include new concessions stands and restrooms, a large hospitality area as well as modern workspace for game day personnel.

Plans for Phase III include improvements on the east side of the stadium consisting of new seating, additional concourse space and enhancements to concessions and restrooms.

Anyone interested in supporting the Seibert Stadium renovations are encouraged to contact Bo Kerr, Deputy Director of Athletics for Development and Corporate Affairs at (205) 726-2139 or jkerr@samford.edu.