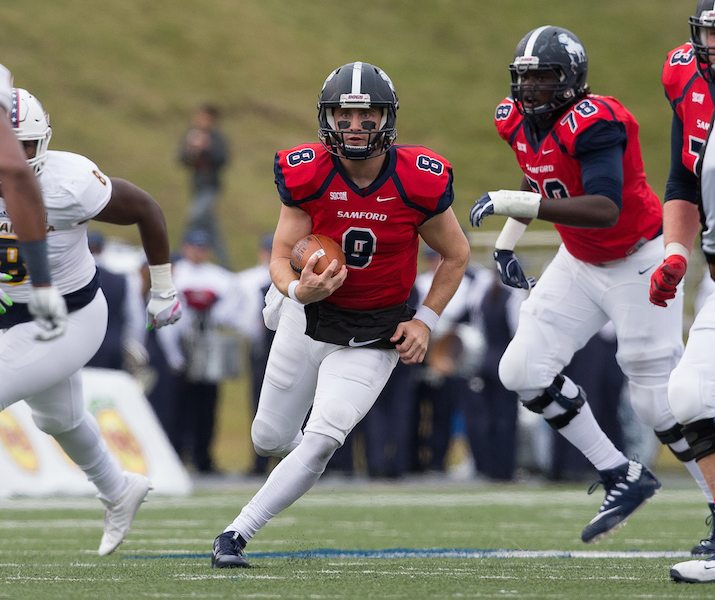 Hodges has spent the last two weeks at rookie minicamps for two different teams — the New York Giants last week, and the Steelers this week.

Hodges, the 2018 Walter Payton Award winner as the top offensive player in all of FCS football, set a school record for single-season passing yards, throwing for 4,283 yards this season. Hodges had six games this season in which he threw for at least 400 yards. He was also named SoCon Offensive Player of the Year three years in a row.

Hodges is the third member of the 2018 Samford football team to sign a free agent deal with an NFL team. Following the NFL draft, wide receiver Kelvin McKnight and defensive lineman Ahmad Gooden signed UDFA deals, both with the Denver Broncos.

During the 2018 season, five Samford players were on NFL rosters. Michael Pierce started on the defensive line for the Baltimore Ravens. James Bradberry started in the secondary for the Carolina Panthers, while Jaquiski Tartt started as safety for the San Francisco 49ers. Nick Williams was a reserve defensive lineman for the Chicago Bears and Austin Barnard spent the season on the injured reserve list with the Tennessee Titans.