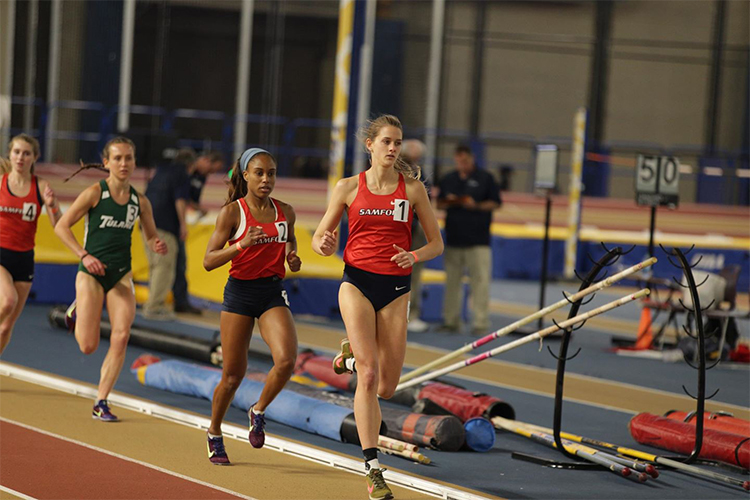 Samford University track and field athlete Karisa Nelson qualified for the NCAA Track and Field Championships during the women's' 1500-meter run at the NCAA East Preliminaries in Jacksonville, Florida, May 26-28.

The recent Samford graduate finished inside the top five, automatically qualifying her for a trip to Austin, Texas, where the championship meet will be held June 5-8.

Nelson will be returning to the NCAA Championships, where she finished third in the same event in 2017. In the same year she became Samford’s first NCAA Division I national champion when she won the title in the indoor mile as a junior. Nelson, a Brewton, Alabama native, started running at an early age and always loved to run wherever she was going.

"I've always really liked running," Nelson said. "As a kid, I was always running everywhere. I know a lot of kids are like that, but I was a lot more than normal. I think the reason I started doing it is because my brother did it, and I thought it was cool that he did it. I liked it. I just like to go out there and race."

Following her athletic career, Nelson, a pre-med, biochemistry major, wants to follow her father's example and become a doctor.

"I want to be a doctor, because, you can only run fast for so long, it's really not that long," Nelson said. "I love running, but there are a lot of other things I want to do with my life as well. That's why I'm doing running before medical school, because this is the only time I can do it, but I can make intellectual accomplishments for the rest of my life after this."