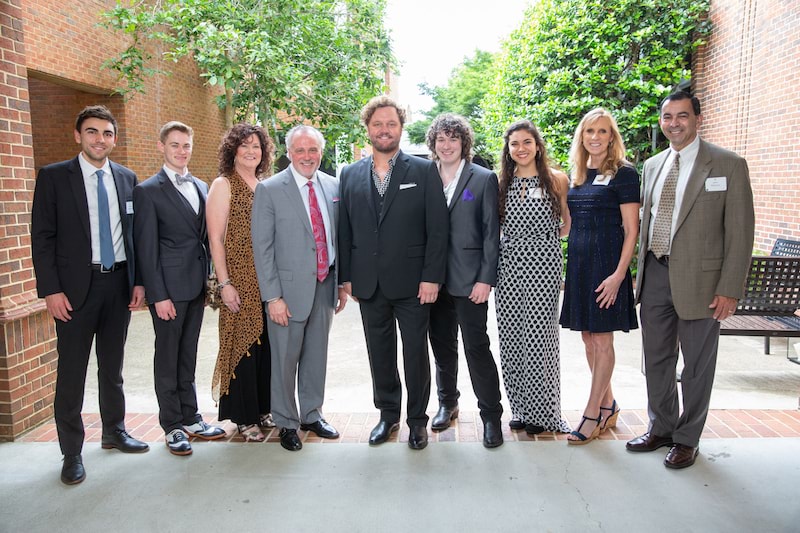 When senior Rick Charles stood to speak in front of the packed group inside Covenant Presbyterian Church, he knew each person in the room was truly invested in his story.

Charles was speaking to the nearly 300 attendees of Samford’s Legacy League’s 11th annual Scholarship Celebration. The culminating event of the service organization’s year of fundraising marked an estimated $260,000 raised for life-changing scholarships for students with significant financial need and challenging circumstances. This year’s event was presented by sponsors John and Marsha Floyd ’85 and Samford Dining by Sodexo. 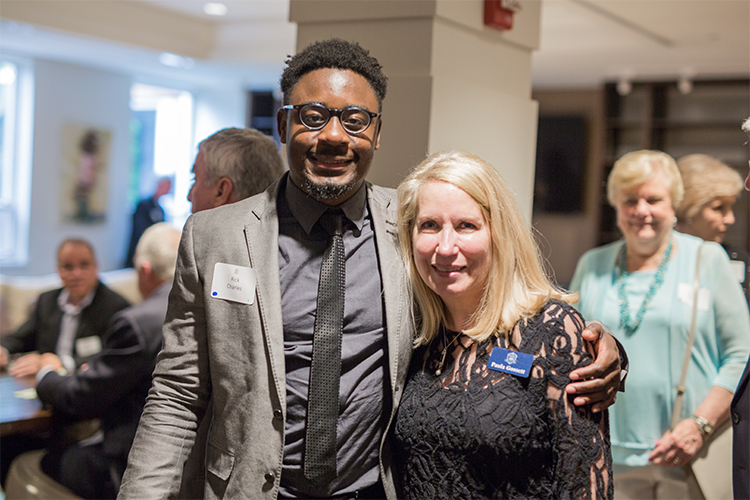 Growing up in Haiti with inconsistent access to education, Charles felt intimidated at even just the thought of school. It wasn’t until working with his math teacher and Samford graduate Amanda McPhail ’10 that Charles began to feel encouraged he was destined for more.

“The moment I stepped on this campus, I knew I was part of a bigger family,” Charles said. “Everyone here is so positive and always making sure that no one is falling behind. It’s a family that serves, loves and protects you.”

As alumni and parents of a Samford student, John and Marsha Floyd felt naturally called to contribute to the organization’s mission in hopes of providing the same experiences they enjoyed at the university. In addition to serving as presenting sponsors, they have been longtime supporters of Legacy League.

“We brought our son Hampton to the event and he recognized Rick [Charles] and they chatted about the classes they shared. It was special to know they share this community,” John Floyd said. “Each one of the students receiving these scholarships is a talented, articulate and gifted person. Hearing from them is such a joy because you can recognize their stories and know your money is making a difference.”

In addition to hearing from Charles, attendees enjoyed remarks from Legacy League volunteers including executive director Jeanna Westmoreland. She recognized outgoing officers and event sponsors who donated more than $70,000 to support the organization’s mission.

The presenting sponsor for the reception and dinner, Samford Dining by Sodexo, served a sumptuous bill of fare for the special evening. Reception guests enjoyed an artisan cheese board, smoked salmon and crostini. The dinner menu featured a Boursin and spinach-topped petite filet alongside roasted fingerling potatoes and haricot verts.

Following dinner, guests enjoyed a 90-minute concert by Grammy and Dove Award-winning tenor David Phelps.  Phelps’ daughters, Callie ‘17 and Maggie Beth, performed with him. The concert closed with “No More Night,” bringing the crowd to their feet.

Reflecting on the evening, Legacy League President Harriet Williams said, “This event is treasured because every year our attendees not only enjoy a wonderful dinner and great entertainment, but they get to hear from our students and see directly how our mission is working.”

The Legacy League, a volunteer organization with nearly 800 members ages 22-100, is currently finalizing 2019–2020 programming. Those interested in membership, upcoming events or donating can visit the Legacy League website.