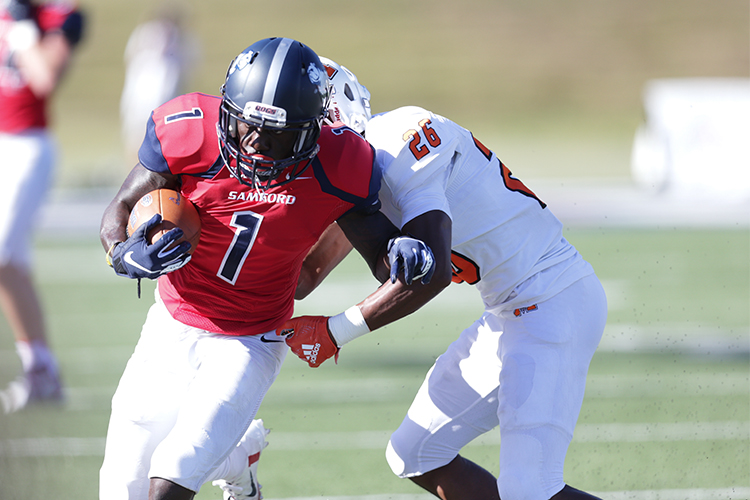 Samford University will open the 2019 college football season in a game against Youngstown State University at the Guardian Credit Union FCS Kickoff at the historic Cramton Bowl in Montgomery, Alabama, on Aug. 24 at 2 p.m. The game is the first of the season in all college football and will be nationally televised by ESPN. The FCS Kickoff is in its sixth year overall.

"We are thrilled to be selected for the 2019 Guardian Credit Union FCS Kickoff game to open FCS football nationally," Samford Director of Athletics Martin Newton said. "This is a great platform for us to showcase Samford, the university's mission and the quality of our Bulldog football program to a national audience against a quality opponent."

Samford, who had a narrow loss at Florida State last September, has been to the FCS Playoffs two of the last three seasons under head coach Chris Hatcher. Overall, Samford has made five playoff appearances in school history.

"It is a great honor to be selected to play in next year's Guardian Credit Union FCS Kickoff game," Hatcher said. "We are excited about the opportunity to play such a quality opponent in Montgomery. It is a great venue that will bring lots of national attention to our team and university."

The 2019 Guardian Credit Union FCS Kickoff will be the fifth meeting between Samford and Youngstown State.