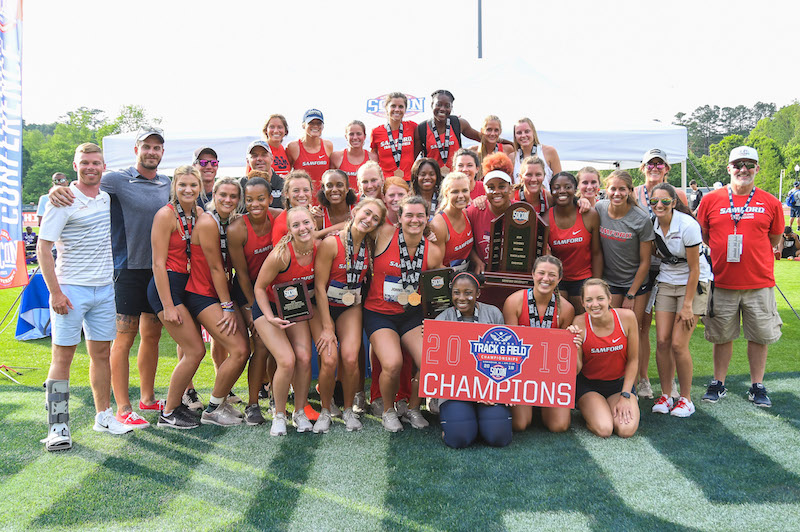 Samford University’s women's track and field team won the 2019 Southern Conference Outdoor Championship, their first conference outdoor championship since 2017. The men’s team finished as narrow runner-up to Western Carolina. The competition was hosted on Samford’s campus at the track and field complex.

In addition to the two team awards, junior Maggie Johnston was named the 2019 Most Outstanding Athlete and sophomore Amanda Dumar was named the winner of this year's Pinnacle Award.

Several athletes from the Samford track and field teams will compete to try and better their times and distances for the NCAA Regionals in the Tennessee Challenge on May 4 in Knoxville, Tennessee.

Read the full summary of the competition