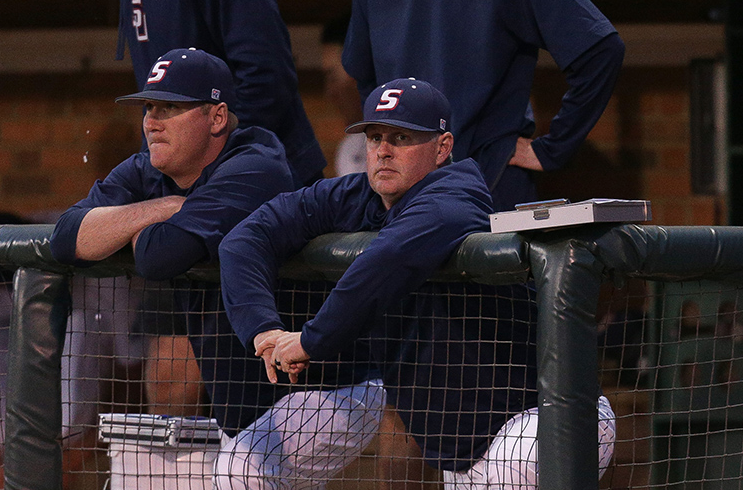 Samford head baseball coach Casey Dunn was named the Southern Conference Coach of the Year by conference coaches and the SoCon Sports Media Association (SCSMA) at the postseason baseball awards.

Dunn has led this year's team to the best regular season in program history, winning 39 games. The victories are the most regular-season wins in school history and are just two shy of the complete season record of 41, set in 2012. The Bulldogs also earned the program's first Southern Conference regular season title, with a 19-5 league record.

“I’m honored to be recognized for the outstanding accomplishments of our team for the regular season title,” Dunn said.

In addition to the specialty awards, the league's All-SoCon and All-Freshman teams were released. These teams highlight the top players across the entire conference. SCSMA’s All-SoCon ranked Hester, DiChiara, outfielder Jordan Fucci and designated hitter Brooks Carlson in its first team. Relief pitcher Stephen Jones and shortstop Branden Fryman were named to the SCSMA’s second team.

Hester, DiChiara, Fryman, Fucci and Carlson were all named first team All-SoCon by the league's coaches. Jones earned second team honors from the coaches. DiChiara was also named to the coaches' All-Freshman team.

Samford entered this week's Southern Conference Tournament as the No. 1 seed and won the first round of the tournament against Western Carolina. With the win, Samford improves to 40-17 on the season. The team will move on to play Mercer on Thursday, May 23.