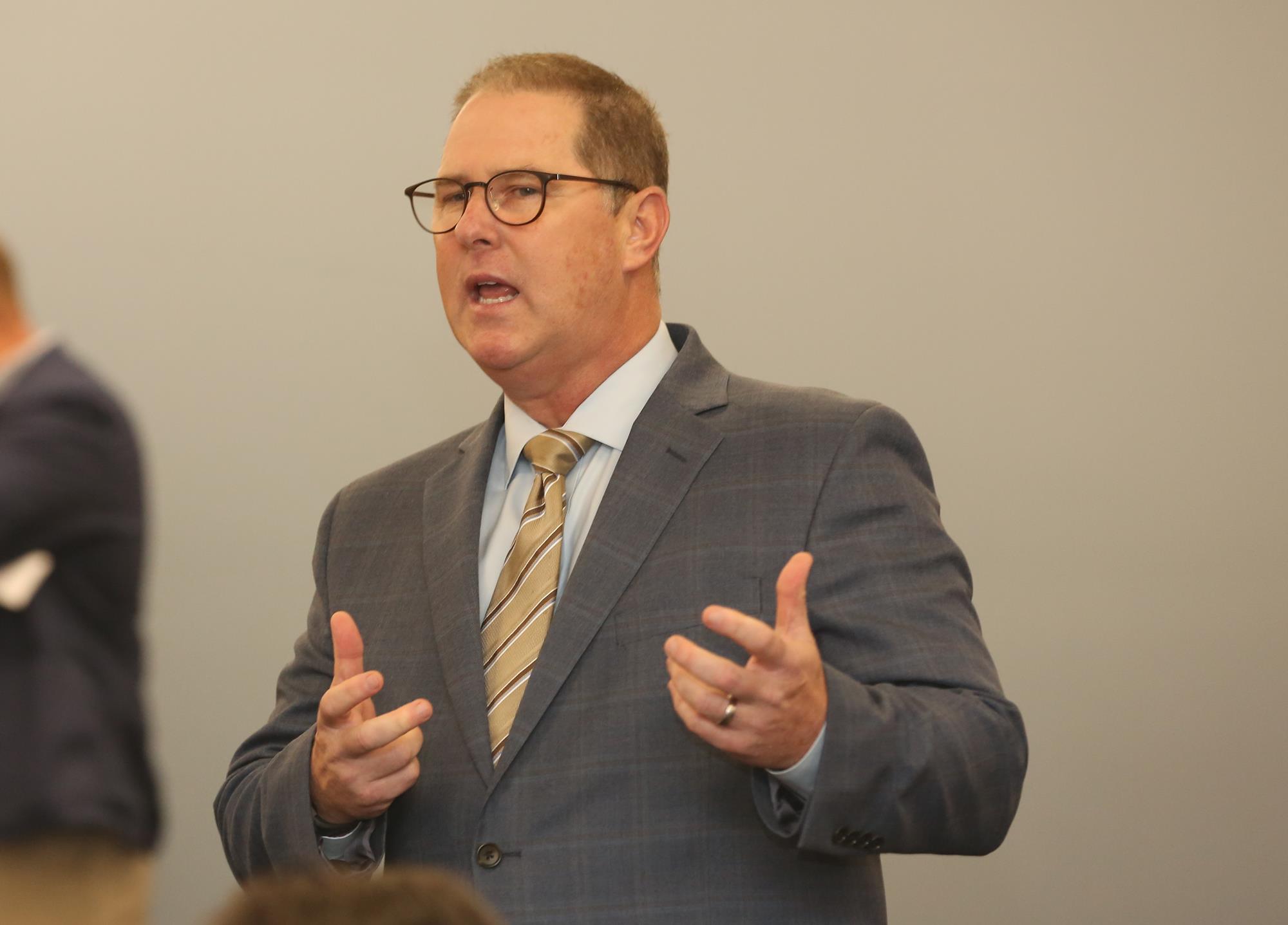 Samford University Director of Athletics Martin Newton will begin a four-year appointment to the NCAA Division I Council and the Men’s Basketball Oversight Committee on July 1, 2019.

Nominated for the posts by the Southern Conference league office, Newton was confirmed by the NCAA and will represent the entire SoCon in both roles.

The Division I Council is the division’s primary policy-making body and a high-level group responsible for the day-to-day decision-making for Division I. Athletics directors, athletics administrators, senior woman administrators, faculty athletics representatives and student-athletes serve on the council; every conference is represented within the group.

“Initially, my goals will be to listen and learn. The NCAA has a lot of important issues to address related to student-athlete mental health and well-being, and I’m looking forward to being a part of the solution rather than just discussing the problems,” said Newton.

The Men’s Basketball Oversight Committee ensures that appropriate oversight of men’s basketball is maintained, and makes recommendations related to regular-season and postseason men’s basketball. The committee prioritizes enhancement of the student-athlete educational experience (academically and athletically), and in doing so, promotes student-athletes’ personal growth and leadership development, as well as supervises qualifications and selection procedures for the NCAA Division I Men’s Basketball Championships.

“I’m extremely excited about serving on the Men’s Basketball Oversight Committee and giving back to a game that has been so good to my family,” Newton added. “I have found in my career that one receives so much more when they serve as opposed to observe. I’m grateful to the SoCon and the NCAA for allowing me this opportunity to serve our student-athletes, coaches and administrators,” he said.

The teams’ successes have not been confined to the fields and courts, as Samford teams have maintained a 97 percent graduation success rate, the highest of any Division I school in Alabama. Additionally, 1,142 Samford student-athletes have been named to the SoCon honor roll in the same period.