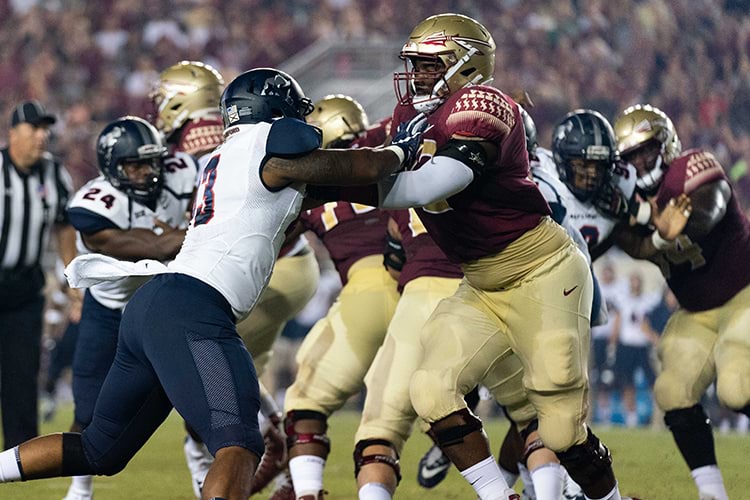 Samford University will open the 2019 college football season in the Guardian Credit Union FCS Kickoff against Youngstown State at the historic Cramton Bowl in Montgomery, Alabama on Aug. 24 at 2 p.m. The game is the first of the season in all college football and will be nationally televised by ESPN.

"We are thrilled to be selected for the 2019 Guardian Credit Union FCS Kickoff game and open FCS football nationally," Samford Director of Athletics Martin Newton said. "This is a great platform for us to showcase Samford, the university's mission and the quality of our Bulldog football program to a national audience against a quality opponent."

Tickets for the game can be purchased individually for $20.00 or bundled with a hospitality package which includes an indoor barbecue for $40.  Children 2 and under do not require a hospitality package purchase. Samford will also host an outdoor Fan Fest with live band, inflatables for children and concession stands to purchase food and drinks.

"It is a great honor to be selected to play in the Guardian Credit Union FCS Kickoff game," Hatcher said. "We are excited about the opportunity to play such a quality opponent in Montgomery. It is a great venue that will bring lots of national attention to our team and university."

Samford has been to the FCS Playoffs each of the last two seasons under head coach Chris Hatcher. Overall, Samford has made five playoff appearances in school history. The 2019 Guardian Credit Union FCS Kickoff will be the fifth meeting between Samford and Youngstown State. The FCS Kickoff is in its sixth year overall.