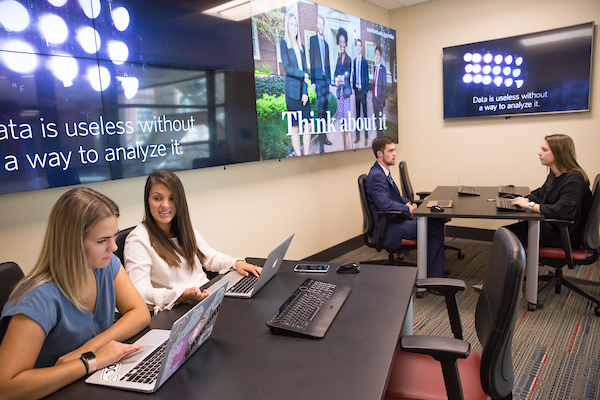 Samford University Center for Sports Analytics in partnership with Tigris Sponsorship & Marketing, recently conducted a national survey with a panel of self-reported NFL fans. The research is a three-part series design to identify how fan engagement weathers during league controversy.

“Recent headlines have pointed to controversy for the league, like negative stories of player and owner conduct and, a concussion epidemic, so it would be reasonable to assume these stories would impact how fans engage with their teams and the league,” Darin White, executive director of the Center for Sports Analytics said. “However, according to national research we recently conducted, NFL fans remain dedicated to the league, despite being disappointed by certain events.”

To determine these results, students of the center analyzed 1,001 responses. By partnering with Tigris, students were able to execute the latest strategies in data analysis and get mentoring from professionals in the field.

“Being able to assist throughout the entirety of this research has been an incredible learning experience, “senior Carter Verchot said. “Any time you get to help out on a project with real-world implications, the work becomes much more intense, but also much more rewarding.”

The research team surprisingly found that despite negative high-profile headlines, fan engagement has actually gone up in the last two years. Fans asked primarily attributed their increased engagement to their team’s performance.  And, with the number of overtime games played in 2018 (nine games in the season’s first six weeks alone), it seems fans on the edge of their seats can’t look away.

“Essentially, the League has done a good job keeping games competitive, and when your team is in the hunt, your level of support increases,” White said.

Additional insights from the study can be found at Samford’s Center for Sports Analytics.