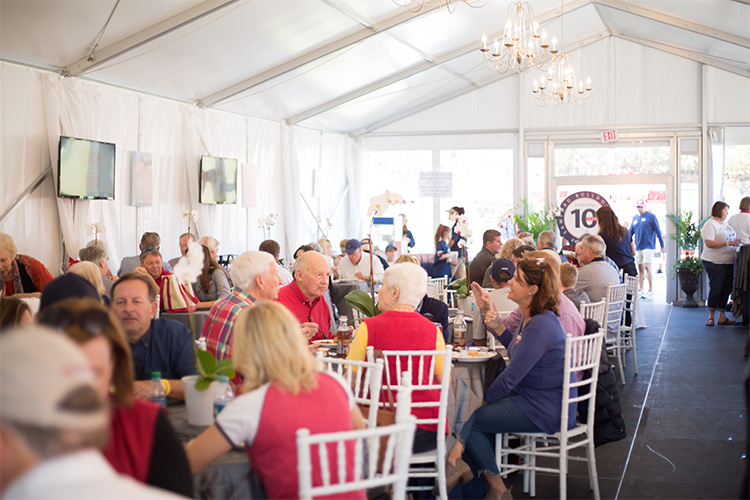 Samford will take on Alabama A&M in its first home game of the season Sept. 21 at 6 p.m. at Seibert Stadium.

The Bulldogs enter the game on a high note after opening Southern Conference play with a dramatic 24-21 win at 21st-ranked Wofford last Saturday night.

For students, parents, alumni and employees, a variety of tailgating option are available in and around Seibert Stadium for fans to come out and represent a tremendous home-field advantage as the team begins a three-game home stretch.

For those looking for a unique tailgating experience, the Bulldog Club’s Hospitality Village offers a variety of ways to enjoy Samford games. Located in the south end zone of Seibert Stadium next to the Sullivan-Cooney Family Field House, the Bulldog Club Hospitality Village boasts over 4,000 square feet of space. It offers a climate-controlled tent with a pre-game full course meal, flat screen TVs, a private restroom trailer and refreshments throughout the entire game. Bulldog Club hospitality is accessible to parents, alumni and any Samford fan who joins the Bulldog Club. All proceeds received from membership go to support each of Samford’s 17 men’s and women’s athletic programs.

“It’s unlike any tailgating experience you’ll ever find,” said Maggie Rountree, director of the Bulldog Club. “Our Bulldog Club members are stationed as close to the action as any fan can get, and who doesn’t love a little air conditioning during football season?”

To learn more about Bulldog Club hospitality and membership, go to  samfordsports.com/bulldogclub or contact the Bulldog Club team at 205-726-4307.