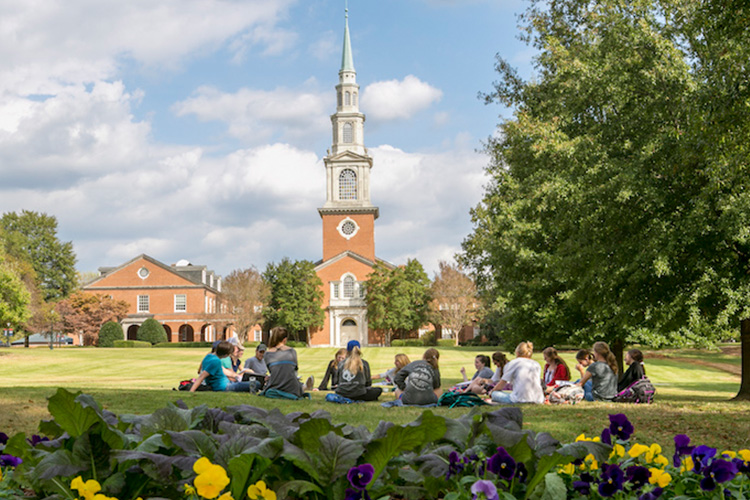 Samford University students are among the nation’s most engaged according to new rankings published by The Wall Street Journal and Times Higher Education. The university ranked #3 nationally in student engagement, climbing nine spots since last year’s ranking. Samford also advanced 33 places to earn #170 overall among 801 institutions in the national ranking, and #1 in Alabama, a position held every year since the rankings’ inception in 2016.

The student engagement category specifically highlights how challenged and inspired students felt inside and outside the classroom, as well as the breadth of courses available.  According to The Wall Street Journal, student engagement is central to exceptional teaching quality, and entails education of the entire student – body, mind and soul. “Decades of research has found that the best way to truly understand teaching quality at an institution – how well it manages to inform, inspire, and challenge students – is through capturing what is known as student engagement.”

Samford’s mission to nurture student development intellectually, ethically and spiritually is fostered through an array of opportunities including 166 student organizations, global engagement in more than 19 different countries, and more than 180 courses that incorporate community service. Additionally, undergraduate students complete Samford’s core curriculum, providing a well-rounded foundation in the liberal arts. The result is a highly-tailored educational experience that results in 96% of undergraduate alumni employed or in further study within six months of graduation.

“Rankings are just one measure of a university’s effectiveness and reputation, but it is encouraging to see the praiseworthy work of our faculty and staff recognized by The Wall Street Journal,” said Samford President Andrew Westmoreland. “At Samford we know that success after graduation means not only advancing professional goals, but also pursuing personal growth in purpose and faith. Nurturing student engagement is important in accomplishing this mission.”

The latest Wall Street Journal ranking affirms Samford’s growing national reputation. Samford is regularly recognized as one of the top Christian universities in the United States, and receives high marks for value. The university was recently ranked No. 34 nationally among private universities on Kiplinger’s Personal Finance’s “Best College Values” list.