Former Samford Football Players Make Their Mark in the NFL 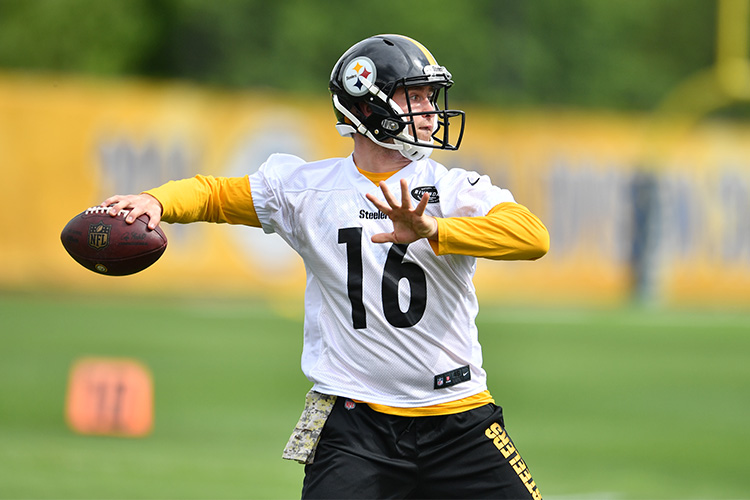 Hodges received a rookie mini-camp invitation from the Steelers and earned an undrafted free agent deal with his performance. After injuries to the team’s top two quarterbacks, Hodges, a sport administration major, saw his first action off the bench against the Baltimore Ravens in week five, and then earned his first start the following week at the Chargers. In his two appearances, he has completed 22-of-29 passes for 200 yards and a touchdown.

James Bradberry ’16 was drafted in the second round of the 2016 NFL Draft by the Carolina Panthers. He has been a starter in the team’s secondary since his rookie season. This season, the Panthers have a 4-2 record after the first six weeks of the season. Bradberry, who majored in sport administration, ranks fourth on the team in tackles.

Ahmad Gooden ‘19 signed an undrafted free agent deal with the Denver Broncos this year. The Samford geography major was assigned to the franchise’s practice squad following the team’s preseason camp. The Broncos currently have a 2-4 record.

Michael Pierce ‘16 is a starting defensive lineman for the Baltimore Ravens. Pierce, who majored in public administration, signed with the Ravens as an undrafted free agent in 2016, and has been a mainstay on the team’s defensive front ever since. The Ravens are off to a 4-2 start so far this season.

Jaquiski Tartt ‘15 is the highest drafted player in Samford history, being selected by the San Francisco 49ers in the second round of the 2015 NFL Draft. The psychology major has been one of the top players in the team’s secondary ever since he arrived in San Francisco. The 49ers are off to a great start this season with a 5-0 record. Tartt ranks fourth on the team in tackles.

Nick Williams ‘13 was selected in the seventh round of the 2013 NFL Draft by the Pittsburgh Steelers. Through his career so far, the public administration major, has played for the Steelers, Kansas City Chiefs and Miami Dolphins, and is currently a member of the Chicago Bears.  The Bears currently have a record of 3-2 for the 2019 season.

At just six weeks into the NFL season, Samford fans will have plenty of opportunities to follow these former Bulldogs as they compete at the highest level.