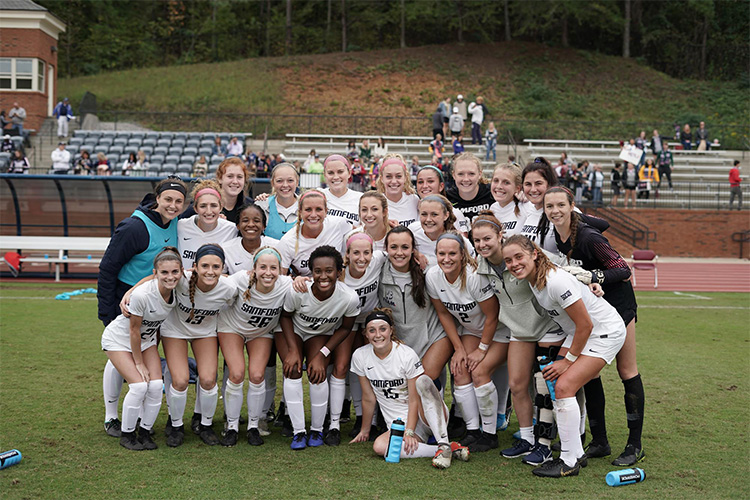 The Samford soccer team earned its sixth straight Southern Conference regular-season title with a 1-0 win over Chattanooga Sunday afternoon at the Samford Track and Soccer Stadium.

With the win, Samford earns the No. 1 seed in the SoCon Tournament. Sophomores Alyssa Frazier and Morgan McAslan achieved key plays in the game with Frazier scoring the lone goal of the match to give Samford the lead and goalkeeper McAslan deflecting a shot from Chattanooga player Bailey Gale.

Samford will host a Southern Conference Tournament quarterfinal game next Saturday at 2 p.m. at the Samford Track and Soccer Stadium. Samford will play the winner of Wednesday night's game between ETSU and The Citadel.

The game was also Senior Day for Samford. Seniors Erin Bonner, Keyli Borman, Allie Lourie, Taylor Meneide and Lauren Delp were honored in ceremonies prior to the game.

Watch highlights from the game