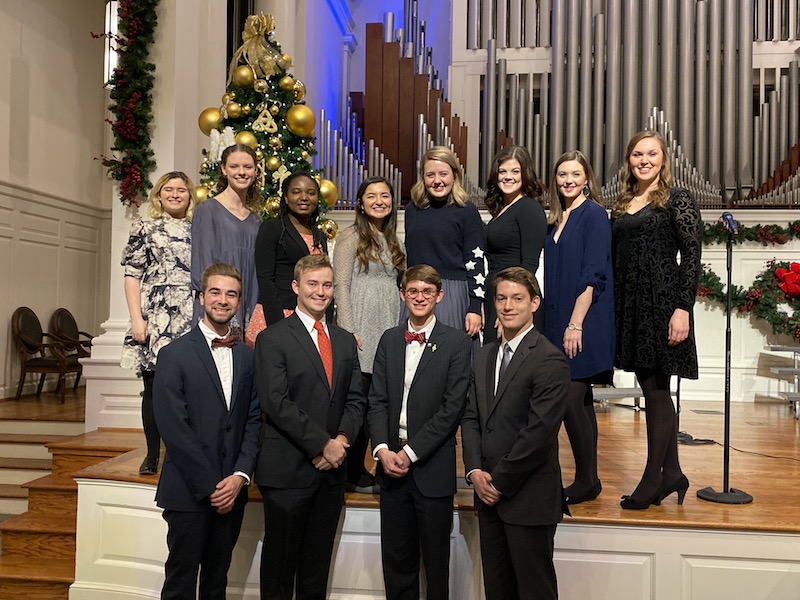 Twelve senior honorees led the traditional Hanging of the Green service Dec. 5 in Samford’s Reid Chapel. The students are nominated by faculty and staff, and then a selection committee chooses the honorees based on leadership, scholarship, spiritual commitment and community service.

Based on an old English custom, Hanging of the Green consists of hanging garland around Reid Chapel, lighting an Advent wreath, decorating a Christmas tree and listening to Christmas music from the University Chorale and Bells of Buchanan. Former director of campus ministries Ginny Bridges Ireland began the Samford tradition in 1980. It has since morphed into a favorite tradition for many students and faculty.

This year’s honorees include:

Following the Hanging of the Green, the Lighting of the Way took place on Centennial Walk with Samford First Lady Jeanna Westmoreland’s annual reading of The Christmas Story.