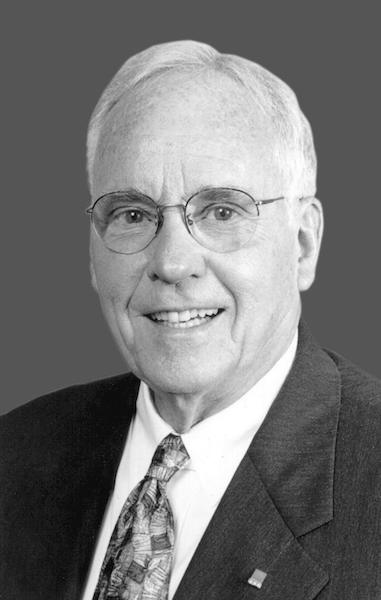 Boyd Christenberry, a life trustee for Samford and retired executive with Alfa Insurance Corp., died Nov. 28 at the age of 91.

The son of sharecropper parents from rural Perry County, Ala., Christenberry rose in the ranks of senior executive management to accomplish a distinguished career of senior leadership at Alfa Insurance Company and its predecessor, Alabama Farm Bureau. At the time of his retirement in 1993, he was executive vice president for marketing.

While growing his remarkable career, Christenberry also committed significant time to civic leadership. He began serving on Samford’s board of trustees in 1978 and following his retirement, he went on to serve as chairman of the board from 1998 until 2002. As a life trustee, Christenberry was known for his abiding encouragement of the Samford mission.

“Mr. Christenberry’s association with Samford was deep, loving and profound and his positive influence will endure through the many Samford lives he touched,” said Samford President Andrew Westmoreland. “Like so many others, he came to appreciate Samford not as an alum, but as a person who grasped Samford’s historic and future value. Of course, we can’t think of him as separate from Mrs. Christenberry and the entire family and we are grateful to them, as well. We mourn the loss we feel so deeply, while celebrating the home-going of a person who was an exemplar for all who knew him.”

In 2005, Samford honored Christenberry with the dedication of the Boyd E. Christenberry Planetarium. The planetarium is the largest at a teaching institution in Alabama.

Christenberry’s service to the community was diverse and far-reaching. He held numerous positions including the founder and first president of Toastmasters in Talladega, Alabama; chairman of the United Way Fund campaign, Cancer Crusade, Heart Fund, president of the Cloverdale Jr. High Parent Teacher Association, and vice president of the Dannelly Elementary Parent Teacher Association. In addition to his position at Samford, his board service included the Alabama 4-H Foundation, ALFA, Marion Military Institute Trustee, Camp ASCA, Alabama Men's Hall of Fame, Life Insurance Marketing and Research Association, Colonial Bank, Alabama Baptist Foundation, and he served as board chairman and life member for Montgomery Metro YMCA. He was also an active member of First Baptist Church of Montgomery.

He is a graduate of Auburn University and a veteran of the U.S. Army.