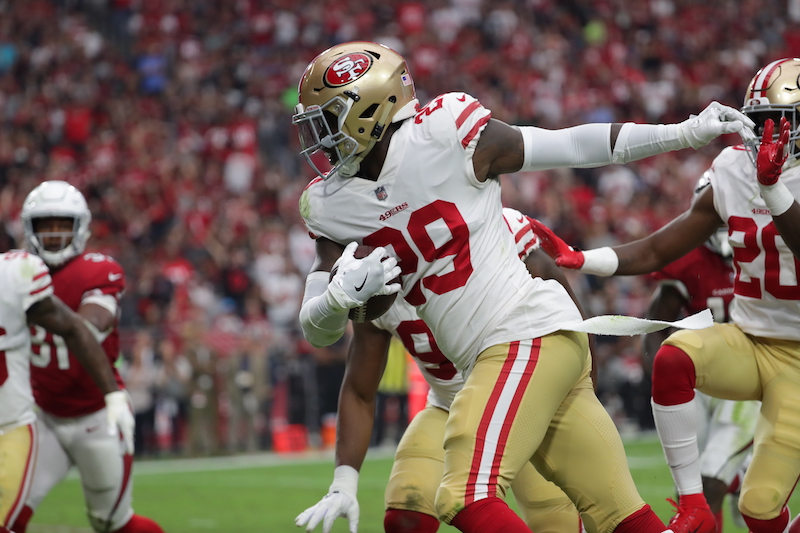 When the San Francisco 49ers take on the Kansas City Chiefs in Super Bowl 54, former Samford standout Jaquiski Tartt  will be one of the key players of San Francisco’s defensive secondary.

Tartt and the 49ers earned a 37-20 win over the Green Bay Packers to win the NFC title and reach this year's Super Bowl in Miami. The 49ers went 13-3 in the regular season and have earned postseason wins over Minnesota (27-10) and Green Bay.

The appearance marks the first time a Samford player has played in the Super Bowl since Cortland Finnegan and the Carolina Panthers played in Super Bowl 50 following the 2015 season.

Tartt is in his fifth season in the NFL, all with the 49ers. He was selected in the second round of the 2015 NFL Draft by the team, and he is the highest drafted player in Samford history. For his career, Tartt has accumulated 271 total tackles, including 203 solo stops. He has three interceptions in his career as well.

Tartt starred in the Samford secondary from 2010 to 2014. He helped lead the program to its first Southern Conference title in 2013, and that same team earned the program's first NCAA Division I-FCS Playoff bid since 1992.

For his Samford career, Tartt had 277 total tackles and six interceptions. He was a three-time All-America and All-SoCon selection.