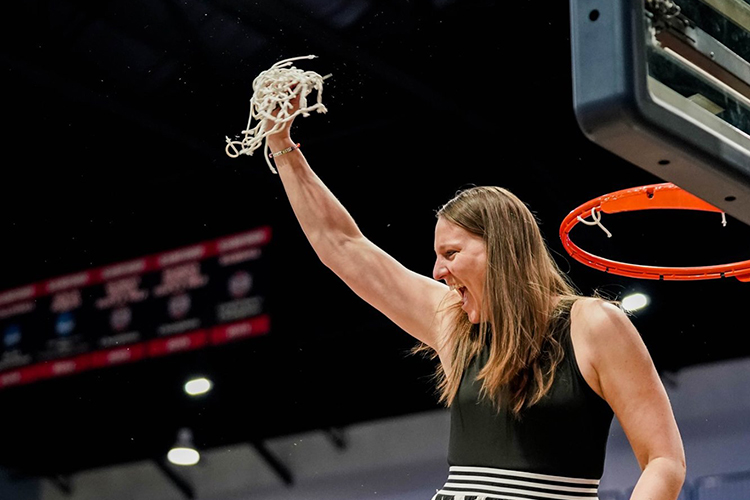 The Samford women's basketball team earned a share of the program's first Southern Conference regular-season title with a 70-53 win over Western Carolina Saturday afternoon in the Pete Hanna Center.

With the win, Samford shares the league regular-season title with UNCG and Chattanooga. Through the conference tie-breaker, Samford earns the No. 1 seed in next week's SoCon Tournament, marking the highest the Bulldogs have ever been ranked.

The Southern Conference Sports Media Association named Samford head women’s basketball coach Carley Kuhns, who is in her first year coaching at Samford, Co-Coach of the Year. Junior Natalie Armstrong and senior Sarah Myers were named first team All-SoCon by both the coaches and media when the league released its postseason women's basketball awards.

“I’m really proud of this team and proud of my staff,” Kuhns said. “We have continued to get better since day one of us being here. I just couldn’t be happier for these kids and these 8 seniors. To get to cut down nets on their own floor is a pretty special moment.”

The Bulldogs will take on Western Carolina Thursday at 10 a.m. CST in Asheville, North Carolina.